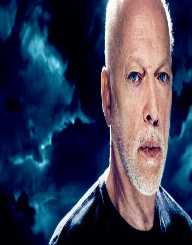 David Gilmour is an English singer, guitarist, and songwriter born on March 6th, 1946. He has been with Pink Floyd, the progressive rock band since 1968. Among the albums of the band include The Dark Side of the Moon, The Wall, Animals and I Wish You Were Here. He has also pursued a solo career and released albums such as David Gilmour, About Face, Rattle That Lock and On an Island. The Rolling Stone ranked the talented musician position 11 in their Greatest Guitarists of All Time 2011 list. David is also a philanthropist. He is a member of many charitable organizations like Amnesty International, Oxfam, and Greenpeace among others.

David Gilmour was born on March 6th, 1946. His place of birth was Cambridge, Cambridgeshire, England in the United Kingdom. He is the son of Douglas Gilmour who served in the zoology department at the University of Cambridge as a senior lecturer. His mother Sylvia, on the other hand, worked at BBC as s film editor though she was a teacher by profession. The family lived in Trumpington, Cambridgeshire, and relocated a few times. Later in 1956, they settled in Grantchester Meadows

David Gilmour joined the Perse School situated on Hills Road, Cambridge at the age of 11. This is where he met Syd Barrett who later became Pink Floyd guitarist. In 1962, David was admitted to Cambridge Technical College where he studied A-Level modern languages. However, he did not finish his studies. Still, he was able to speak French Fluently.

In 1968, David Gilmour became the lead vocalist and guitarist of Pink Floyd progressive band. This is after Syd Barrett its founding guitarist quit the band following his heavy psychedelic drug abuse. With their albums like Animals and The Dark Side of the Moon among others, the band became quite successful and famous.

From 1978, David Gilmour decided to combine his work with the band with his projects. He felt like he wasn’t maximizing his potential and time. By 1984, he had released his second album titled About Face. Later in 1986, he produced Momentary Lapse of Reason. In 1994 together with the band, they released The Division Bell and Endless River in 2014.

Throughout his career, David Gilmour has produced four solo albums. In 2006 is when On an Island his third album was released. This was during his 60th birthday. In 2015, he released his fourth album released with the title Rattle That Lock.

Besides his music career, David Gilmour is also a pilot. He used to own the Intrepid Aviation Company before he sold it. However, he still has a Biplane which he uses for his errands from time to time. He became the Commander of the Order of the British Empire in 2003.

In June 1975, David Gilmour tied the knot with Virginia Ginger Gilmour, an artist, and model. The couple was blessed with four children, Alice, Clare, Sara, and Mathew. However, they later divorced in 1990. David Gilmour remarried in July 1994, this time to Polly Samson, a lyricist, and journalist. Together they have four children: Joe, Gabriel, and Romany. They also adopted Charlie as their son.