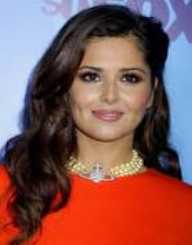 Cheryl Cole is a British singer who later served as one of the judges at X Factor. She gained international acclaim when she joined the British girl group Girls Aloud earlier in her career.

In September 2004, Cheryl Cole started dating British football player Ashley Cole who was playing for England and Chelsea at the time. The following year, the couple got engaged when the British athlete proposed to her in 2005 while they were in Dubai. The wed a year later on July 15, 2006, in Barnet located in the northwest part of London but the couple separated shortly after on February 23, 2010, and officially filed for divorce on May 6 of the same year.

Cole married a second time and this time to Jean-Bernard Fernandez-Versini, a French restaurateur. Versini courted Cole for three months before asking for her hand in marriage, but their marriage too ended in divorce.

In early 2016, she began dating former One Direction member Liam Payne. She gave birth to their son on March 22, 2017, and named the child Bear Grey Payne but announced their separation a little over a year of his birth, on July 1, 2018.

Born on June 30, 1983, as Cheryl Ann Tweedy in Tyne, England, she spent her childhood in the suburbs of Heaton and Walker, in a council estate. She developed an interest in dance at a young age thus her parents enrolling her to The Royal Ballet's summer program when she was 9. Growing up, she also did a lot of modeling and advertising on the side, the more popular one being an ad about British Gas.

When Cheryl Cole was 19, she tried her luck and auditioned for the 2002 reality TV series Popstars: The Rivals and was chosen as one of the top ten finalists at the show. Together with the four other female finalists namely Kimberley Walsh, Nicola Roberts, Nadine Coyle, and Sarah Harding, they formed Girls Aloud.

Their group went on to release not only four tracks that topped the UK Charts, but also two albums and 20 other single releases that are included at the Top 10. For seven years, Cole stayed with Girls Aloud and even received a BRIT Award for their single entitled "The Promise" in 2009. Shortly after, the group announced their hiatus which prompted Cole to launch her solo act a year before they won the award.

In 2008, Cheryl Cole established her solo act by performing alongside American artist & Black-Eyes Peas member Will.I.Am's single entitled Heartbreaker. She also became a member of the panel in the reality TV show X Factor. A year later in 2009, she released her debut album called 3 Words which contained the hit Fight For This Love. The hit single earned platinum status in the UK and became a chart-topper in different countries.

Aside from singing, Cheryl Cole also had her TV programme called Cheryl Cole's Night In under ITV1 that aired on December 19, 2009.

In January 2003, Cheryl Cole was caught up in a controversy of punching a bathroom attendant named Sophie Amogbokpa. She was charged with racially aggravated assault for punching Amogbokpa and was sentenced to conduct 1200 hours of community service.