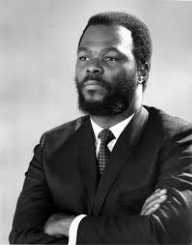 Roy Emile Alfredo Innis was an American politician and civil activist. Born on June 6, 1934, he was also the National Chairman of e Congress of Racial Equality (CORE). Before reaching that position, he served in various positions at CORE’s Harlem chapter. Also, he served as the Second National Vice-Chairman of CORE. Innis became a proponent of inclusive education for blacks in Harlem. Innis later embraced right-wing views on several issues including affirmative action, desegregation, and law enforcement. His right-wing views placed him parallel to other black civil rights leaders.

Roy Emile Alfredo Innis was born on June 6, 1934, in Saint Croix, Virgin Islands. He was born to Alexander and Georgianna Thomas Innis. His father was a police officer and died when Roy was six years. At the age of 13, he moved with his mother to New York City. While there, he enrolled at the Stuyvesant High School, graduating in 1952. After graduating, he enlisted in the US Army, aged 16, and discharged honorably two years later. Innis then enrolled at the City College of New York to pursue a four-year program in chemistry. Afterward, he joined Vick Chemical Company as a research chemist and subsequently worked at Montefiore Hospital.

In 1963, Innis joined the Harlem chapter of the National Chairman of the Congress of Racial Equality (CORE). Just a year later, he won elections as chairperson of the education committee of the chapter. During that period, he vigorously campaigned for black empowerment and community-controlled education. Innis became the Chairman of Harlem Core in 1965. With his new position, Innis advocated for an independent Board of Education for Harlem. Innis became the first resident fellow at the Metropolitan Applied Research Centre (MARC) in 1967. That same year, he became the Second National Vice-Chairman of CORE.

After a year serving as Second National Vice-Chairman of CORE, Innis became the national chairman. He took over at a period of strong advocacy for Black Nationalism in CORE. Since 1965, there had been calculated effort to remove all White CORE activists from the organization. In 1972, CORE backed the presidential candidacy of Richard Nixon. In 1971, Innis and other CORE members toured some African countries including Kenya, Tanzania, Liberia, and Uganda. During the tour, they also met leaders of these countries. In a visit to Uganda, he made Uganda’s authoritarian leader, Idi Amin a life member CORE.

Innis was involved in the drafting of the Community Self-Determination Act of 1968. Subsequently, he managed to gain bipartisan sponsorship by one-third of the US Senate. It, therefore, became the first time in US history that a civil right society has drafted a bill and successfully introduced it to the US Congress. In 1973, Innis became the first American to sit in the Organisation of African Unity meeting. Innis was also a proponent of individual rights to self-defense and against gun control. This was after he lost two sons Roy Innis, 1968, and Alexander, 1982, to criminals with guns. Fast forward, Innis became a life member of the National Rifle Association. He also served on the NRA’s governing board and Urban Affairs Committee. In addition, he became a member of the NRA Ethics Committee.

In 1986, Innis contested incumbent Representative Major R. Owen in the Democratic primary for the 12th Congressional District of Brooklyn. He lost the contest by a three-to-one ratio. In 1993, he contested New York’s first black mayor, David N. Dinkins in the Democratic mayoral primary. Dinkins defeated him in the election. He joined the Libertarian Party in 1998.

Innis was caught in several controversies including getting physical. He engaged in a scuffle with panelists during live television shows. He shoved the Rev. Al Sharpton to the floor during The Morton Downey Jr. Show. Sharpton had challenged Innis leadership skills. Innis also chocked John Metzger of the White Aryan Resistance, on Geraldo, for calling him an Uncle Tom. As a result host, Geraldo Rivera suffered a broken nose.