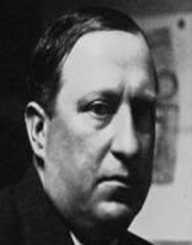 Andre Derain was born June 10, 1880, in Chatou, Yvelines, Ile-de-France, France. He was a famous French painter, sculptor, and artist. He co-founded Fauvism a colorist movement together with Henri Matisse. Derain became one of Fauvism favorite painters known for his best paintings. Amongst his other notable works is the sculpture of the sandstone statuette Crouching Man of 1907. He was also an active member of Picasso’s Circle in Montmartre. Andre Derain died on September 8, 1954, in Garches, Hauts-de-seine, Ile-de-France at the age of seventy four.

Andre Derain was born outside Paris in Chatou, Yvelines, Ile-de-France on June 10, 1880. As a timid teenager, he attended Academie Camillio in Paris to study engineering. However, he fell in love with art that he could miss his classes to be in the city museums and painting studios. His fascination for art made him quit his career as an engineer to become an artist. In 1898, he started painting classes under his teacher Eugene Carriere where he also met Henri Matisse. Derain later attended Academie Jullian after much persuasion from Matisse who wanted him to do painting.

Their first artistic piece of work was displayed at the Salon d’Automne in 1905. Although their first painting received much criticism, it only inspired them to do more. Matisse and Derain formed a movement which they called the Fauvist Movement. Ambrose Vollard, an art dealer, recognized Derain’s painting and decided to send him to London to make paintings of the city. Derain focused much on the Thames and Tower Bridge making his paintings unique than any works done before by other painters.

In 1907, Andre Derain gained his financial breakthrough when Daniel-Henry Kahnweiler bought his paintings and studio. He later moved to Montmartre to join his friend Pablo Picasso to focus more on other designs of art. After many visits and interactions with other noted artists, Derain became interested in primitive art forms like the African sculpture. These forms of art inspired him to create his piece known as the sandstone sculpture, Crouching Man (1907).

After exposure to the new art forms, Andre Derain and his friends resorted to other developments. In 1908, Fauvism was slowly diminishing and soon came to an end. He displayed his first piece of art at the Neue Kunstlervereinigung in Munich in 1910. This was followed by subsequent exhibitions in 1912 at the Der Blaue Reiter group and the Armory Show in New York in 1913. It was evident that he reduced his use for colors and focused more on forms.

In 1914, Derain was enlisted to serve in the military at the World War I and was released in 1916. He created a number of ballets including the ballet La Boutique fantasque for Diaghilev, leader of the Ballets Russes (1919).

Andre Derain travelled to Germany in 1941 honoring an invitation to attend the Nazi Exhibition. However, his visit to Germany brought him trouble as many people regarded him as a traitor and collaborator. He died on September 8, 1954, in Garches, Hauts-de-seine, Ile-de-France at the age of seventy four.