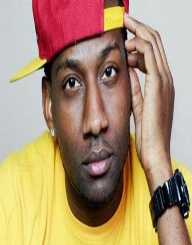 DeStorm Power was born on January 30, 1982, in Arlington, Virginia, United States of America. He is an American singer, comedian, and songwriter. He is also an athlete, director, and producer. He was brought up alongside seven siblings. He was raised by his mother in Baltimore, Maryland, United States of America. He also has a YouTube Channel known as ‘DeStorm.’ He is a nominee of the Streamy Awards for Best Vine Comedian. He has many videos for brands such as Pepsi. He has more than one million subscribers on YouTube who view his videos a lot of times.

DeStorm Power was exposed to singing, production, and songwriting at a very early age. He was born as a talented kid, and he did not hold back his talents. He chose YouTube and Vine to be able to expose his skills to the general public. He was shy when he started uploading videos on social media platforms but overcame his shyness when he began collaborating with other You Tubers.

DeStorm Power started collaborating with You Tubers who had ten thousand viewers and climbed the ladder slowly until he became established and accomplished as an artist and singer. He created his YouTube channel titled ‘DeStorm’ where he would upload his videos. His channel received a lot of views over time, and he became famous to the general public.

DeStorm has more than two hundred and fifty videos on his channels. His videos have been viewed and continue being seen more than two hundred and fifty million times by his viewers and fans. His chain has more than one million subscribers. He is the founder of the ‘Multi-Channel Network Forefront TV’ that deals with music and the lifestyle of the urban world. On Vine, he has more than six million followers. Power was also a triple jumper and personal trainer. His athletic skills led to him being invited to the Olympic Trails. He has a muscular body and is very energetic and talented.

DeStorm creates and performs covers and content for major brands such as Pepsi, Yahoo, and Nintendo. He also produces and shows as directed by his viewers and subscribers, for instance, he raps in alphabetical order when asked to.

DePower is known as a Physical training instructor because of his athletic skills. He is also known as a motivational speaker, and this aspect of him is not displayed by other You Tubers. He has created another YouTube Channel known as ‘DeStorm TV’ which he uses for blogs, behind the scenes videos and motivational talks. He also uses the channel to provide physical training lessons as he is an experienced athlete.

The channel has more than 1.4 million subscribers. De Storm is funny, and most of his videos are comical and humorous. He has a multi-faceted personality as he has a lot of talents that define him. He is social and very open to his viewers and subscribers. He has collaborated with artists such as Snoop Lion, Larry King, and Talib Kweli among others. He has made a name for himself in the music industry as a talented singer, songwriter, producer and physical trainer. He has no controversies so far in his career. He loves keeping his personal life personal because until today no one knows the identity of his wife.

DePower was raised in Baltimore together with his seven siblings. They were all raised by their mother because their father separated from his mother. Growing up his family faced a lot of financial constraints, but they managed. He was a ghostwriter for Universal, Atlantic Records plus other recording companies that he could get his hands on. He has a son called Tayvion Power. His mother passed away in 2008. He has an estimated net worth of $2.5 million.