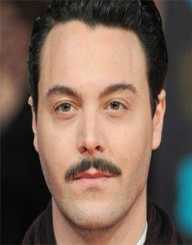 Jack Alexander Huston is an English actor known for his role as Richard Harrow in the HBO drama series Boardwalk Empire. Born on December 7, 1982, he has played roles in several films and television productions.

Jack Huston appeared in Kill Your Darlings, 2013 and that same year played a supporting role in the film American Hustle. He has also appeared in films like Factory Girl, 2006, The Garden of Eden, 2008, Mr. Nice, 2010 and The Yellow Bird among others.

Jack Alexander Huston was born on December 7, 1982, in King’s Lynn, Norfolk in England. He was born to Lady Margot Lavinia and Walter Anthony Huston (Tony Huston).

His father is an actor, assistant director, and writer. Coming from a family with a strong acting background, young Huston’s interest in acting was heightened at an early age of six when he played the title role in the school drama Peter Pan.

Jack Huston started his professional film career playing the minor role of Flavius in the television film Spartacus. From that small role, he had a prominent role in the movie Factory Girl, 2006 and the horror film Shrooms in 2007.

Jack Huston also had a role in Outlander, 2008 and Shrink 2009 and Mr. Nice in 2010. He had a minor role of Royce King in The Twilight Saga: Eclipse, 2010, Wilde Salome, 2011 as Lord Alfred and The Hot Potato, 2012 as Danny. Huston is best known for his role in HBO’s Boardwalk Empire. Playing the role of Richard Harrow, a disfigured World War I marksman who became a gangster, he appeared in the series from 2010 to 2013.

Jack Huston has appeared in several other films and television productions including Not Fade Away, 2012, Kill Your Darlings, 2013 as Eugene Gaunt, Night Train to Lisbon, 2013 as Amadeu and American Hustle, 2013 as Pete Musane.

Other roles include The Longest Ride, 2015, Pride and Prejudice and Zombies, 2016, Hail Caesar!, and An Actor Prepares among others.