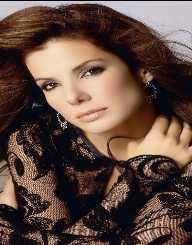 Sandra Bullock is one of the most successful American actresses. With multiple hit films like Gravity, The Blind Side, Miss Congeniality &The Heat to her name, Bullock has established herself as a credible actor whose movies sell. Apart from acting, she also produces films – All About Steve, for example.

Sandra Bullock was born as Sandra Anette Bullock on July 26, 1964. Her star sign is Leo, and her birthplace is Arlington, Virginia. Her father John Bullock served in the U.S. Army and her mother Helga Meyer was a singer.

Bullock started appearing on stage during her mother’s performances from an early age. From there, she developed a liking for the performing arts.

Sandra Bullock attended the Washington-Lee High School where she was a member of the school’s cheerleading group. She was also active in theatre. After graduating from high school, she went to the East Carolina University but gave up studies to pursue acting. In 1986, she shifted to New York and also worked as a waitress to pay her bills.

Sandra Bullock's first career began with a lot of struggles, and the best roles she could manage were only in student films. However, her solid performances caught the eye of major producers, and soon she started getting offers from them.

Her debut film role came in 1987’s Hangmen in which she played Lisa Edwards. Her career took off from there, and she soon became a Hollywood sensation. She appeared in some movies during this period including Love Potion no. 9, The Thing Called Love, and Fire on the Amazon.

In 1994, Sandra Bullock became part of the Speed franchise. All the three films went on to become significant successes, and Bullock’s popularity kept growing. In 1996, she starred in A Time to Kill, based on John Grisham’s novel.

Sandra Bullock's award-winning role came in 2009, in the film The Blind Side. In 2013, she appeared in the highly successful film The Heat and followed it with another major hit Gravity. Today, Bullock is considered one of the most consistently successful and profitable actresses in Hollywood. She is set to appear in a spinoff of the Ocean’s franchise, titled Ocean’s Eight.

In her career, Sandra Bullock has received several awards and nominations. Some notable mentions included the Academy Award for her the Best Actress for her role in The Blind Side in 2010 and a Golden Globe award for the Best Actress again in 2010. She also won a nomination for her film Gravity.

When the earthquake hit Japan in 2011, Sandra Bullock donated $1 million to the relief fund in Haiti. She has also given generously to the American Red Cross Society on several occasions.

Sandra Bullock married motorcycle enthusiast Jesse James in 2005. They remained married till 2010 when news of James’s infidelity reached Bullock. She divorced him then. Bullock has adopted two children – a son and a daughter. Bullock had also been in relationships with actors Matthew McConaughey and Ryan Gosling.