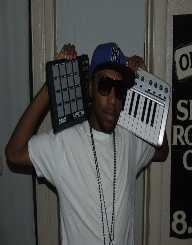 Kanye West is a contradictory sensational American songwriter, producer, rapper, entrepreneur and fashion designer. He has a big successful career in the musical world with great popularity and millions of album sales and has won many awards, including over twenty Grammy awards. He was once identified as one of the top hundred most influential people by Time magazine.

Kanye Omar west was born on June 8, 1977, in Atlanta, Georgia. His parents are Ray west and Donda c. Williams. Ray was a photojournalist, Christian counselor, and entrepreneur while his mother was an English professor at Clark Atlanta University. However, their marriage was unsuccessful, and they got divorced when he was only three, which caused him and his mom to relocate to Chicago, Illinois. He was raised in the middle-level economic background and attained his education at Polaris high school in Oak Lawn, Illinois. His mom got a job at Nanjing University in Nanjing China, while forced them to relocate to their while Kanye was 10. While there, he attended the school and was one of the few foreigners there.

From these early days, Kanye West showed great creativity and love for art. At the tender age of 5, Kanye could write poetry and rap. Growing up in Chicago was beneficial to his passion for music, due to its hip-hop scene. At third grade, he could come up with some pretty entertaining rap stuff and could compose music at seventh grade, and sell to other artists.

When he was 17, he came up with a rap song `Eggs and Ham’ and felt the need to start recording. This prompted him to turn to his mother for financial support to start recording at a local basement studio. His mother felt that was not what she wanted for her son, but that did not stop her from supporting him. At the studio, he met producer No I.D. who became a close ally, supporter, and mentor. He taught him how to sample and program beats.

Kanye West graduated from high school and was awarded a scholarship to American Academy of art. There, he enrolled in painting classes but shortly transferred to Chicago state university, to pursue a degree in English.  Due to his deep passion for music and ambitions for a musical career, Kanye dropped out shortly at the age of 20 because he realized his class schedule was too busy and unfavorable to his work. This came out as a shock and disappointment to his mother, but she later came to terms with it and supported her son.

His musical career is traced back to the mid 9o’s. He began his career as a producer, making beats for local artists. Kanye West had a self-developed style that involved modification of classic neo-soul records and speeding them up. At only 19, Kanye came up with his first production work, which was a debut album of a Chicago rapper and was called `Down to Earth.’ At that time, he worked as a ghost producer for Deric D-dot, an association that limited him from releasing solo albums. Shortly afterward, Kanye formed a group called Go-Getters, they attended promotional photo shoots and made appearances on radio, and later released an album in 1990, called World record holders. Kanye West was part of the production team for the album. In most of his late nineties, Kanye concentrated on his production works, producing for famous artists and music groups.

In 2000, Kanye West's career got a breakthrough, as he joined Roc-A-Fella Records as a producer. In 2001, he was actively involved in the production of famous rapper Jay-Z’s album the blueprint, which gained a lot of success, being named as one of the greatest hip hop albums, with huge financial success alongside. This helped Kanye gain a lot of recognition and was credited with helping restore Jay-Z’s career.  During his time at the Roc-A-Fella, he also produced for other famous artists including; Janet Jackson, Ludacris and Alicia Keys. Although he was enjoying great success as a rapper, his greatest aspirations were to make it as a rapper. It was not easy for him to attain a record deal for his rap. This is because, at that time, rap music was dominated by the `gangster image’ which was not part of Kanye's character.  He was denied record deal with Capitol Records but was later offered a deal by Roc-A-Fella records, rather reluctantly, courtesy of Damon Dash.

However, his breakthrough as a rapper finally came by in October 2002. Kanye West was involved in an in a near-fatal car accident which served as an awakening to his rapper ambitions. While recovering after being admitted to the hospital, he came up with a song titled `Through the Wire’ at Record plant studios which expressed what he went through due to the accident. This inspired his release of a debut album and also hinted he was working on another album with the college dropout. On release of this album, it became an instant hit among his fans, with major sales and featured in the Billboard charts. The album was nominated as the top of the year by two music publications. The following year due to the money he had made previously, he came up with the album `Late Registration’ which sold millions of copies in the U.S.A.

In 2007, Kanye West released an album named `Graduation’ with his greatest hit single Stronger in the album. Just like previous ones, it enjoyed a high number of sales and was number one on the Billboard charts. The next year, he also released an album `808 and Heartbreak’ and opened ten burger restaurants in Chicago. In 2009, Kanye released his shoes named `Air Yeezys,’ with an association with Nike. The following year, Kanye West released his fifth album `My Beautiful Dark Twisted Fantasy’ that also enjoyed great sales and topped the Billboard charts for about a week. His sixth album came by in 2013, which involved collaborations with various major talents. During the same year, Kanye West got into official apparel collaboration with Addidas. Kanye West has also been releasing various singles, one of the prominent ones being `four-five seconds.’ Kanye has been active in his musical career with a most recent album `The Life of Pablo’ in 2016