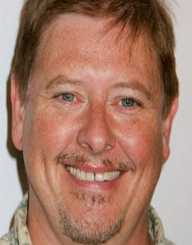 David Scott Foley is a Canadian stand-up comedian, director, producer, and writer. He is a co-founder of the comedy group The Kids in the Hall.

Dave Foley was born to the couple Mary and Michael. Mary was a homemaker Michael, a steamfitter. Mary came from Stafford in the UK. Foley was born on January 4, 1963.

Dave Foley dropped out of the high school, practised standup comedy for a year in the Toronto Second City Training Centre and had classes to improve better. During this training, Foley had a chance to meet Kevin McDonald who offered Foley employment as an attendant in a film theatre. Foley featured as Lewis Allen in mini-series Anne of Avonlea.

Foley, along with McDonald, Bruce McCulloch, Mark McKinney, and Scot Thomson founded the comedy group The Kids in the Hall, which premiered on TV from 1988 to 1995. Foley left the group and joined NewsRadio cast because of internal discord and quality of the script. However, Foley has rejoined the group in 2000 and has been a significant contributor for the group.

He featured in Death Comes to Town. Paul Simms, the founder of NewsRadio, became an admirer of Foley’s work. The character of Dave Nelson was mainly created for Foley by Paul Simms. This character depicts his obsession with coffee and the love for sitcom Green Acres.

Dave Foley with Joe Furey documented a small feature, Working with Joe Furey, as an addition to Furey’s comedy Love and Support. In 2013, Foley announced his standup special, Relatively Well, which was circulated by Showtime. Foley featured as Nelson Hibbert in the Comedy thriller, The Wrong Guy. He presented the CBC Christmas Special, The True Meaning of Christmas Specials in 2001.

Dave Foley got an appointment with 49 North Inc, an entertainment company, to appear on web series called, The Sensible Traveler with Bobby Fargo authored by screenwriter Stephen Hibbert, guided by, among others, Leslie Iwerks and Chris Roach. This series is #1 on the web series.

Commencing from 1993, he performed on many Music videos such as Odds, Heterosexual Man, Hollerado’s song “Americanarama,” Desire 126, Los Angeles band Black Robot and so on.

He married Crissy Guerrero in August 2002 but divorced in 2008. They have a daughter, Alina (2003) who is a child actress. They have now reunited and propose to rewed again.