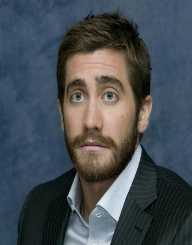 As a teenager, Jake Gyllenhaal attended Harvard-Westlake School. While there, he also worked with his parents (who worked in the film industry) to learn the tricks of the trade. However, He did not appear in any major films/ main roles while still in high school. He later graduated from high school in 1998.

High school, Jake Gyllenhaal went on to study theology and philosophy at Columbia University. He studied at this college for two years before dropping out of school to pursue a full-time acting career.

Jake Gyllenhaal’s acting career began in the early 1990’s when he was still a child. His first small role was in the film City Slickers when he was only 11 years old. Jake Gyllenhaal appeared in several other small roles in television shows and movies in the 1990’s, including A Dangerous Woman, Homegrown, and Homicide: Life on the Street. However, it wasn’t until 1999 that he gained major popularity from a film. In this year he played the character Homer Hickam in the movie October Sky. This film would go on to influence future roles for Gyllenhaal in the 2000’s.

Gyllenhaal’s film career kicked off in the 2000’s. His first film of the decade, Donnie Darko, was also one of the most popular films he would go on to make, as it is now known as a horror cult classic. He also appeared in many blockbuster hits like The Day After Tomorrow, Brokeback Mountain, Jarhead, and Zodiac. He also narrated the short Between the Towers in 2005.

As of the 2010’s, Jake Gyllenhaal continues to act. He is seen as a great actor and sex symbol all around the world. Some of his most recent blockbuster films include Prince of Persia: The Sands of Time, End of Watch, Accidental Love, Nightcrawler, and Nocturnal Animals. As of 2018, Gyllenhaal is already scheduled to appear in several movies later this year and in upcoming years.

Over the course of his decades-long career, Jake Gyllenhaal has one more than 30 awards and has been nominated for almost 100 others. Some of his most impressive awards are listed below.