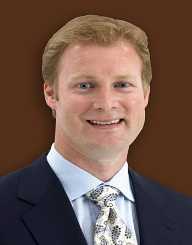 William James was born in 1842 in New York, the United States. His father was Henry James Sr., who was a Swedenborgian theologian. He was a very wealthy man, well known in the elite circles back at the time.

William James’s mother was Mary Robertson Walsh. During childhood, James had several physical problems with health and was diagnosed with neurasthenia. It was followed by depression, which led to several suicidal episodes when he was still a child.

William James had two younger brothers and three elder siblings; all of them had weak health as well.

Father, Henry James Sr. played an enormous role in the education of William James. He sent him to study abroad, to Europe. William studied and became fluent in French and German languages. In 1861 William James started studying in the Harvard University in the Lawrence Scientific School.

In 1864 William James started attending medical school, but studied there only for a year, before joining an expedition to Amazon River. He participated in the expedition for eight months, but had to cut it short, as his health did not allow it longer. He developed seasickness and smallpox.

After this William James resumed his studies, but only for a short while until 1867, when he fell ill again. This time he traveled to Germany to a doctor, and instead stayed there for a year. It was in Germany in 1868, when he started to write and publish his first writings.

After finally graduating from medical school in 1869, James did not practice medicine. The time William James spent in Germany made him realize his interest was not in medicine, but other subjects, like philosophy and psychology. He developed and devoted his life to analyzing those topics.

In his life, William James was lucky enough to meet several great minds, such as Emerson. Twain, Freud and many others. They all influenced his thought. Most of the career James was working in Harvard. Initially, in 1873, he worked there as a physiology lecturer, later he taught anatomy, and in 1876 he became an assistant professor of psychology. In 1881 James became an assistant professor in philosophy, in 1885 a professor of philosophy.

While working in Harvard, William James together with some other colleagues formed the Metaphysical Club in 1872. The Metaphysical Club was an informal name for the gatherings of several people, during which they discussed all matters of philosophy, psychology and human anatomy, and how these could cooperate.

William James married in 1878. He married a girl named Alice Gibbens, and they had five children together.

After retiring from Harvard in 1907, James continued working. He wrote and published several books, most known “Pragmatism”, “The Meaning of Truth” and “A Pluralistic Universe.”

After retiring from Harvard, James’s health declined, and he developed chest pains. It lasted for almost two years, and in 1909 even went to Europe to try a new treatment method. It, unfortunately, turned out unsuccessful. William James died in 1910 from heart failure. His grave is located in the Cambridge Cemetery in Massachusetts.

William James founded the American Society for Physical Research and was actively proposing functionalism in psychology and pragmatism in philosophy. He was a strong advocate of alternative healing methods.

One study led by Haggbloom and colleagues concluded that William James was one of the 20 eminent psychologists in the 20th century.

William James had a passion for writing throughout his life. A list of all James’s writings is 47 pages long. Not all of his writing is publicly known though. His brightest and most known work is “The Principles of Psychology.” This was published in 1890. James wrote this for twelve years, and it consisted of 12 000 pages.

Two years later, in 1892, William James published another book on the same topic “Psychology: The Briefer Course.” Another outstanding work of William James is “The Moral Equivalent of War,” which was published in 1910. In the latter one, he discussed the methods and options of finding a balance between politics and war.

William James defined the term “true beliefs.” According to him, they are those views, which are useful to the one believing them. He believed that truth is variable, and depends on how much ideas are in the balance with the actual things and how they cooperate.

The value of truth is dependent on its usability. William claimed that facts are not real, but just existent, and the truth is the outlook on the facts. James proposed to view the world through means of radical empiricism.

In 1896 William James read a lecture “The Will to Believe,” in which he stated that his will was free. He was free to believe that he was free. He later continued the discussion about free will in “The Dilemma of Determinism” in 1884.

One of the most known directions of James’s work was the philosophy of religion. He has published several writings on this subject. The curiosity of mystical experiences inspired James to try several substances as nitrous oxide, chloral hydrate, and peyote.

Darwin’s natural selection theory inspired William James. He believed that experience was overriding human instincts and reducing them. Another great topic that James analyzed was emotions.

William James used an example of a reaction towards a bear to explain human emotions and to show that feelings are the perceptions of physical conditions. His first paper on this topic was published in 1884, but this was by far not the last one. James believed that emotion follows a physiological reaction, not the other way around.

William James developed a method of one’s self. He explained the difference between “me” and “I,” and further divided “me” into sub-parts of material self, social self, and spiritual self. The “I” James described as the pure Ego. Those two combined then create the personality.