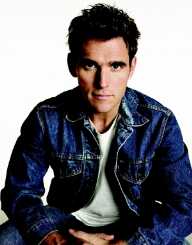 An actor with the ‘Matt’ Finish: Matt Dillon

American actor, director and a heartthrob of a million girls, Matthew Raymond Dillon, was born on 18 February 1964, in a Roman Catholic family in New Rochelle, New York. Matt was from a mixed race as he was of Irish descent but also had roots in the Scottish and German ancestry. He grew up in the Mamaroneck area of New York with his mother Mary Ellen, who was a homemaker and father Paul Dillon, who was a portrait painter along with being a sales manager at a bear toy manufacturing company named Union Camp. Matt had five more siblings - one sister and four brothers, and he was second among all the six children of their family.

Matt Dillon was studying at the Hommocks Middle School when he was spotted by Jane Bernstein, who at that time was helping the director of the violent teen drama ‘Over the Edge,’ Jonathan Kaplan to finalize the cast of the movie. Matt was found bunking his class and hanging out in a hallway at his junior high school. He was subsequently auditioned and was selected for a role in the movie. Thus, he made his acting debut in 1979 when ‘Over the Edge’ was released. He had dropped out of the school during the making of the film and later joined Mamaroneck High school after the shooting of the film got over.

Matt Dillon very well portrayed the character of a teenager who had very little to do and nowhere to go like all the other teens of the community and showed the anger and frustration of the character in its right perspective. The performance of Matt in his debut film led him to get two more opportunities in the form of casting in two more films. One was a teenage sex comedy ‘Little Darlings,’ where the female lead loses her virginity to a boy who belonged to a camp located across the lake. Matt played the character of the boy.

In the second film, ‘My Bodyguard,’ a comedy-drama, Matt Dillon played the role of a high school bully. Both these films were released in 1980 and had a satisfactory run at the box office. The success of both these films raised the profile of Matt Dillon to the extent of becoming a teenage sensation with a 5000 big fan club and 200 fan letters a day.

In the early part of the 1980s, Matt Dillon starred in several memorable films. Apart from his early role in the Jean Shepherd PBS special ‘The Great American Fourth of July and Other Disasters,’ he played the character of a poor Texas boy in ‘Liar’s Moon.’ He played significant roles consecutively in three adaptations of S.E. Hinton’s novels. Out of the three ‘Tex’ released in 1982 and ‘The Outsiders’ and ‘Rumble Fish’ were released in 1983. In the last two films, Matt had the privilege of working with one of the most admired directors of his time, Francis Ford Coppola. In 1984, ‘The Flamingo Kid,’ another Matt Dillon starrer was released. He made his Broadway debut in 1985 with the play ‘The Boys of Winter.’

Matt Dillon worked as a voice-over artist during 1987 in the documentary film ‘Dear America: Letters Home from Vietnam.’ He portrayed the character of a drug addict in Gus Van Sant's ‘Drugstore Cowboy’ in 1989 and received loads of critical acclaim for his role. His acting career continued to flourish in the 1990s. After appearing in ‘Singles’ in 1992 alongside Bridget Fonda, he stole the limelight by playing the role of the husband of the celebrated actress Nicole Kidman in the 1995 movie ‘To Die For.’

Two more of his films were released during 1998, 'Wild Things' and 'There's Something About Mary.' He received the MTV Movie Award for Best Villain for the latter film.

In 2002, Matt Dillon made his directorial debut with the film ‘City of Ghosts.’ Apart from directing, he also wrote the story of the film and acted in it. He received rave reviews for portraying Charles Bukowski's alter ego in the 2005 movie ‘Factotum,’ which premiered at the Cannes Film Festival. He played the role of LAPD officer John Ryan in the crime drama ‘Crash,’ produced and directed by Paul Haggis. The movie went on to win an Academy Award, and Matt Dillon received a nomination in the category of Best Supporting Actor for both the Golden Globe and The Academy Awards.

On March 11, 2006, Matt Dillon anchored the Saturday Night Live show mimicking several artists in the process. In the same year, he was seen sharing screen space with Kate Hudson and Owen Wilson in Universal Pictures' comedy, ‘You, Me and Dupree’. His role received glowing reviews from the critics. He went into the background contributing his voice as a narrator in the documentary film ‘Once in a Lifetime: The Extraordinary Story of the New York Cosmos.’

Matt Dillon also appeared in several TV series. Prominent among these is ‘Modern Family.’ He also has some music videos to his credit during the length of his career. In Madonna's Bad Girl music video, Matt appeared as a detective. He also featured in the music video "Fairytale of New York" by the Irish folk-punk band The Pogues, where he played the role of a cop escorting the lead singer Shane MacGowan into the drunk-tank.

Matt Dillon is due to appear in the thriller ‘The House That Jack Built’ scheduled to be released in 2018. Matt was frequently compared to Marlon Brando and is also fondly remembered as the James Dean of the ’80s.

Matt Dillon had a three-year-long romantic relationship with actress Cameron Diaz, which ended in 1998. His younger brother Kevin Dillon also is actively working with the entertainment industry being a prominent member of the HBO comedy series cast ‘Entourage.’

Matt’s grandmother is the sister of the legendary cartoonist Alex Raymond who is the creator of famous cartoon characters like Flash Gordon, Rip Kirby, and Jungle Jim.