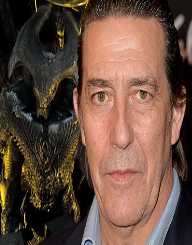 Ciaran Hinds was born on February 9th, in 1953. His place of birth was in Belfast, Northern Ireland. He is a notable personality on TV, film and stage. In his film career, Hinds has appeared in high acclaimed films such as The Sum of All Fears, Road to Perdition, Harry Potter and the Deathly Hallows – Part 2, Ghost Rider: Spirit of Vengeance, Frozen, and several others. On TV, he has featured in TV series including Rome, Above Suspicion, Political Animals, and Game of Thrones. Being a member of Royal Shakespeare Company, Royal National Theatre, and Glasgow Citizens' Theatre has helped him a lot in building a reputation for himself more so on stage.

Ciaran Hinds was born on February 9th, 1953 in Belfast, Northern Ireland. Growing up, Hinds was raised as a Catholic. He was born in a family of five children and that he was the only son of his parents. His father worked as a doctor whereas his mother was a school teacher. His mother was called Moya. Moya was also an actress. When Hinds was young, he engaged in dancing and went to school at Holy Family Primary School. For his college education, he went to St. Malachy's College. After completing his college studies at Malachy’s, he went for law education at the Queen's University, Belfast. Shortly after, Hinds was motivated to engage in acting, and therefore he had to abandon his law studies at the university. As a result, he joined Royal Academy of Dramatic Art where he could hone his acting skills.

Ciaran Hinds acting career took off while he was still on stage. During this time, he was performing at the Glasgow Citizens' Theatre in a role in Cinderella production of 1976. After his first appearance, he became a regular member for several years to the mid-80s. Around this time, Hinds also worked with other theaters such as the Abbey Theatre, the Druid Theatre, the Project Arts Centre and the Field Day Theatre Company.

During the early 80s, Ciaran Hinds made his first movie appearance in Excalibur -1981. He took some time before featuring in another film until 1989 where he featured in The Cook, the Thief, His Wife & Her Lover. After this, he featured in December Bride – 1991 before casting as Captain Frederick Wentworth in Persuasion – 1995. Other notable films that Hinds featured in include Oscar and Lucinda – 1997, The Sum of All Fears – 2002, Veronica Guerin – 2003, and The Eclipse – 2009. In 2011, he landed an important role that brought him to the spotlight with the Harry Potter and the Deathly Hallows – Part 2. He was cast to play the role of Aberforth Dumbledore.

Ciaran Hinds was also fairly active on TV featuring in some roles in TV shows such as Rome – 2005, Above Suspicion – 2009, Political Animals – 2012, and Shetland – 2016. He also played the role of Mance Rayder for five episodes in the award-winning series Game of Thrones in the period from 2013 to 2015.

Ciaran Hinds has a daughter named Aoife to take care of from the long-term relationship that he shared with Hélène Patarot. He is also a close friend of the famed actor Liam Neeson.