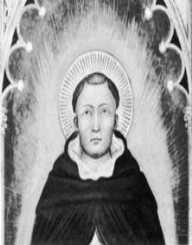 Born on January 28th, 1225, Thomas Aquinas earned his fame for being an Italian Dominican, Doctor of the Church and a Catholic Priest. His philosophic prowess also brought fame to him as he was an influential figure in the society. With regards to scholasticism traditions, Aquinas was considered to be a legal scholar. Throughout his career, he brought several developments in the field of philosophy. Part of his inspiration came from Aristotle, who was also a Greek philosopher. His uniqueness was evident in the way he was able to combine Aristotelian philosophies with religious norms in Christianity easily.

Thomas Aquinas was born on January 28th, 1225. His birthplace was in Aquino which was found in the kingdom of Sicily in Italy. His father’s name was Landulf while his mother went by the name Theodora. Aquinas was the last-born son in a family of 8 children. He went for his early education and after that joined studium generale – a university that had been founded by Frederick in 1239. While pursuing his studies at the university, he developed a special interest in works of renowned individuals such as Aristotle, Maimonides, and Averroes. These individuals had intense influence in his later career more so with regards to his thoughts.

Soon, he became friends with John of St. Julian. He was a Dominican priest found in Naples. John had a great influence on the career path that Aquinas would be taking from this point henceforth. As a result, Aquinas became a member of the Dominican Order. His move brought distress to his parents as they considered his decision as disgraceful. They tried all they could to deter him from joining the Dominican Order, but Aquinas had made up his mind to dedicate his whole life to religion. His brothers went to the extent of hiring the lady of the evening to distract him. Nonetheless, this did not work.

Later in 1245, he went to study at the University of Paris. Here, historical facts document that he might have met Albertus Magnus, a Dominican intellectual while studying at this university.

After being ordained in Germany in 1250, Thomas Aquinas went back to his former university this time to teach theology. Around this time, St. Albert the Great aided him in furthering his education, and afterward, he acquired his doctorate in the field of theology. In 1256, owing to his theological experience to this time, he got his first appointment in Paris as the master in theology. He held this post for three years, ending his ruling in 1259. While serving in this post, there are several publications that he made including Quaestiones quodlibetales - Quodlibetal Questions, Expositio super librum Boethii De trinitate - Commentary on Boethius's De trinitate and Questions disputatae de Veritate - Disputed Questions on Truth.

By 1259, Thomas Aquinas had made a name for himself as a celebrated scholar. After this, he spent most of the time preaching, writing and teaching. In addition to this, there are high roles that he held in the society including that of being an overall preacher in Naples. Years later, in 1265, he ventured mostly into teaching whereby he taught a wide array of philosophical subjects. At this point, he had started working on Summa Theologiae that would later be identified as his greatest works. Unfortunately, he was not in a position to complete this work. Regardless of this, Summa Theologiae remained as one of the greatest historical works in philosophy. It also influenced a big part of the world of literature.

After suffering from a major illness in January 1274, Thomas Aquinas succumbed to this two months later and died on March 7th, 1274.

After fifty years of his death, Pope John XXII canonized him on July 18th, 1323. To this day, some Anglican churches honor him by having a feast in certain days of the year.