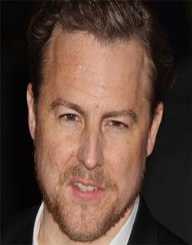 Samuel Alexander Joseph West is an English actor, voice actor, and theatre director. Born on June 19, 1966, his acting career cut across radio, television, and film acting, making an acting debut on stage in 1989,

He later enrolled at Lady Margaret Hall, Oxford to pursue English literature. While there, he served as the president of the Experimental Theatre Club.

Samuel West made a professional acting debut on stage at the Orange Tree Theatre. He played Michael in Cocteau’s Les Parents Terrible in February 1989. In 1993, he played Valentine in Tom Stoppard’s Arcadia at the Royal National Theatre.

Samuel West also spent two seasons with the Royal Shakespeare Company. During that period, he played the title roles in Hamlet and Richard II. West appeared alongside Toby Stephen in Betrayal at the Donmar Warehouse in 2007.

The following year, he played Harry in the revival of T.S Eliot’s Family Reunion. He appeared in several other stage works including Enron, 2009 as Jeffrey Skilling. Also, he appeared as Astroy in Uncle Vanya from 2012 to 2013.

Samuel West made a film debut in Reunion, 1989 as Count Konradin von Lohenburg. He followed it with the role of Leonard Bast in the film adaption of E.M. Forster’s novel Howard End. The role earned him a nomination for BAFTA Award’s best-supporting actor in 1993.

In addition to acting on stage and films, Samuel West has appeared in numerous television productions. He is, therefore, one of the familiar faces on television. It started with an appearance in episode 6 "The Invisible Queen" of Edward the Seventh in 1975. Subsequently, he has played roles in Walking the Dead, 2002, Nova, 2005, The Inspector Lynley Mysteries, and Midsomer Murders, 2007.

Samuel West made a directorial debut at the Minerva Theatre, Chichester with the stage production of The Lady’s Not for Burning in 2002. In 2005, he replaced Michael Grandage as the artistic director of Sheffield Theatres, serving until 2007.

During his tenure, he revived The Romans in Britain. Also, he directed As You Like It for the commemoration of the RSC’s Complete Work Festival. After Sheffield, West moved to West End theatre where he directed the revival of Dealer’s Choice.

Samuel West has played several acting roles alongside his parents. He played alongside his mother in Stiff Upper Lips, and Howards End. Stage works with his father include A Number, and Henry IV, Part 1 and 2, Over Here, Iris. West, his father, and mother, appeared in Stravinsky’s The Soldiers Tale at the St Magnus Festival.