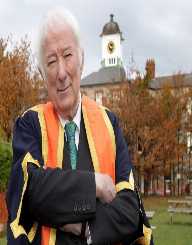 Seamus Heaney was famously known as an Irish man and notably the most influential and remarkable English-language poet in the field of literature. He came to prominence in 1996 when his first poem collections ‘The Death of a Naturalist’ and ‘Digging’ were published. In this and other stature work, his poetic rulership defined his pastoral life and societal Ulster. It was arguably believed that Haney trusted his family roots.

Even in his later works, he enriched his poetic lines by what he visualized. In ‘Digging’ Heaney illustrates how his family shoveled with emotional intelligence. Allow me to say that his work is distinguished, all thanks to his shared events in Irish history. Not to mention his explorative allusions to ancient Irish myths.

Seamus Heaney was lucky to taste the college and campus waters. As acknowledged, he received a Scholarship earlier in his teenage life. At that time his family couldn’t afford to take him to school. While still at it, he learned Irish and Latin, both of which he later came to use in his career. During his college life, his brother died. He depicted his life in a written word. Each morning he woke up and wrote the remarkable poem of his brother.

Seamus Heaney born in April 1939 was the eldest child of nine children. His family lived in County Londonderry, Castle Dawson, Ireland. His father; Patrick Heaney used to commit his time to cattle-deals. Seamus went to an Anahorish Primary School, and his childhood life revolved around a country-like life.

At his tender age, he loved to watch how the American soldiers used to maneuver in various local fields. This happened in 1944 before the Normandy invasion. He later won a scholarship and joined St. Columb’s College.

In 1957 he pursued more and went to learn English and Literature at Queen’s University in Belfast. He graduated in 1961 and afterward went to join the Belfast’s Teacher Training Institute.

Heaney's career began in 1962 where he first published his poem. In 1963, Seamus Heaney started to work at St. Joseph’s High School where he was once a student. He continued to publish articles as well as write more poems till he joined with other writers in the same area.

In 1965 he met with Marlie Devlin, a profound writer and they got married. The same year Seamus published ‘Eleven Poems’ book. He followed it up with ‘Death of a Naturalist.' The book has won several accolades. Over the following years, Seamus worked as a part-time and full-time basis in several schools such as University of California, Cary Fort College, and Queens University.

Before the end of 1979, he had already published fame poetry collections. He then went to work at Harvard University, United States. In 1982, Heaney was given an honorary doctorate by the Queens University and Fordham University. He once wrote a commencement address for Fordham students.

In 1989, Seamus Heaney got employed at the University of Oxford as the Professor of Poetry. Even then he continued to live in both Ireland and the United States. Before the end of the 1990s, Heaney had published more of his poems collections. All loved his epic choice of words. In that case, he toured the world and beyond.

In fact, Seamus once witnessed his written works that were turned into plays. At the beginning of 2003, The Seamus Heaney Centre was launched. In 2006, he began to fall ill and got a stroke. The ailment made him to tone-up his career and his busy lifestyle schedule.

The ‘Death of a Naturalist’ poetic book encompasses 34 short poems. It typically illustrates his childhood experience as well as his teenage life. The book has garnered Seamus Heaney several awards. It has helped him to reach the higher levels of the literary world.

Heaney also managed to translate several poems, and his most envied work was that of the epic ‘Old English’ and ‘Beowulf’ poem. The ‘District and Circle’ also won him the T.S Eliot Prize, is referred as the highest award in the field of poetry.

When the British troops got deployed in Belfast, the beginning of troubles began. Seamus Heaney started to change his writing norm. From an Irish evangelistic background to a political context theme, he didn’t focus more on how to achieve his success verbal icon but being a symbolic stance. His writing style encompassed the political and broader context. His later works was influenced by The Blog People readings who perceived different similes and metaphors tools.

This gave him a chance to practice both modern and mythical concerns. He focused more on the called-on scenes in the Northern Irish communities and vividly depicted their rural norms. Seamus Heaney utilized the chance by coming up with graphic images of the tortured bodies. The pictures and contextuality of words confronted the reader on both the present and past situation.

At the mid of 2012, Seamus Heaney received the Lifetime Recognition Award from the Griffin Trust for Excellence in Poetry. From 1989 to 1994 he shared his passion for writing in the Foreign Member of the American Academy of Arts and Letters.