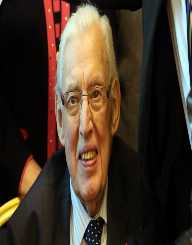 Ian Paisley aka Dr. No came from a religious background, and there was no doubt that he would one day come to act as a spiritual leader himself. After giving his homily speech at his teenage years, he joined a profound theological school where he was appointed as a minister. He was later banned from his native church where he went to follow his calling as an unfading figure. He was notably known as a controversial figure who opposed Catholic thesis. It was during this time that prison became his second name. There was one thing that drove him to have extraordinary zeal and booming voice-determination. With his radical orations, Ian changed into an unshakable being in the period of the 1968 to 1998 Guerilla War. Read further to understand more about his early and later life.

On April 6, 1926, Ian Richard Kyle Paisley was first seen in the world in Armagh, County Armagh, Northern Ireland. He was born to a preacher, James Kyle and an Evangelist, Isabella Paisley. At 16 years of age, Ian’s confidence grew stronger where he managed to give his first sermon. At 21 years old, he was appointed as a Presbyterian minister. Several controversies followed along where he opted to lead his flock that he called Free Presbyterian Church of Ulster. Early in 1950s Paisley rose to fame after helping a teenage girl to escape to Scotland. But he didn’t follow legal procedures.

Still, in 1956 Ian partnered with other individuals where they launched an Ulster Protestant Action. This is where he started to major in activism field. The party remained as the main backbone during the 1968s low-level war. It was in 1950 that Paisley persuaded his team to invade Catholic homes that were majorly located in Belfast.

Early in 1966, Ian Paisley launched another organization that he called Ulster Constitution Defense Committee. The organization came to line up with his previous group the UPV. The same year religious leaders led a rioting March that caused him to be jailed for three months.

In the mid of 1969, several controversies and marching riots paved the way for civil unrest that was named after The Troubles. In 1970 by-elections were held in North Antrim where Ian got a seat, and he ruled for over a decade. It was in 1971 that he founded his own party Democratic Unionist Party which he led for three decades. In 1973 a power-sharing accord was set up in Northern Ireland. It was unfortunate that Ian and his team opposed to sharing power with anyone.
After four years, Ian led another march where he forced the British government to go against the IRA. After two years, he was selected as the member of the European Parliament. In 1981 he founded another unionist organization that he called Third Force.

It was in 1998 that eight parties signed a peace agreement with the aim of bringing peace in Ireland. Even then Paisley continued to stick with his previous rule. In the mid of 2003, Ian’s side got lots of members, but the irony came when he agreed to sign the agreement after three years.

In 2007 Ian Paisley was selected as the Prime Minister of Northern Ireland under the Republican Party. Martin McGuiness served as his first Deputy. Martin and Ian had a beautiful friendship where they were nicknamed as Chuckle Brothers. People were shocked when Ian announced his early retirement in 2008 due to his ill health.

Ian Paisley will forever be remembered as a man who brought peace to Northern Ireland. For his tremendous effort, he was honored with a Doctorate of Divinity in 1966. In 1956 Ian married Eileen with whom he had five children: Ian Junior, Sharon, Rhonda, and Kyle. Ian Paisley Jr. was selected as the Member of Parliament in North Antrim in 2010. In the mid of 2014, Ian Paisley breathed his last due to heart failure.