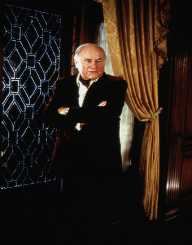 E. G. Marshall is a famous actor in the early 1950s. He also had his share of Broadway spotlight. Marshall died of lung cancer on August 24, 1998, at his home at Bedford, New York.

In 1939, Marshall married Helen Wolf, his first wife. Their marriage lasted for 14 years until they divorced in 1953. He then married Judith Coy, and Coy became his constant companion until his death on 1998. He had seven children altogether from his two marriages. The children comprised of two daughters from his marriage to Wolf and towards Judith, he had three sons and a daughter.

Marshall began to show an extreme fondness for acting at a young age, owing it to his constant film-viewing and attendance to plays on theaters. As a result, he developed the enthusiasm for acting. From there, he regularly performed at community-led productions, in school, the youth ministry, or at the church.

Persevering Against the Odds

Quite fresh from the effects of World War I, America suffered the infamous Great Depression. During the Great Depression, employment was hard to find, and business hit an all-time low. In turn, E. G. Marshall's acting lessons were put on hold. Unfazed, he decided to pursue a major in speech and music as an alternative. He both attended the University of Minnesota and Carleton College.

He became a member of the American Art Theater, a traveling theater that mostly did plays based on Shakespeare's works. He revealed on later interviews that he used to play the terrible parts during their shows. Nevertheless, it gave him the opportunity to pursue acting once again but eventually quit with two other members-turned-friends.

Upon graduation and before entering the American Art Theater, he took a small gig in a Minneapolis-St. Paul radio station.

When E. G. Marshall resigned from the American Art Theater, he moved to New York City alongside the two other actors who quit with him. In New York, he did a lot of odd jobs, but he never stopped pursuing acting until he was finally awarded the opportunity to do so. His Broadway debut came in 1938 when a Federal Theatre Production of Prologue to Glory was premiered to the public, and in it, starring Marshall. It was the start of his rise to stardom. After Prologue to Glory, he went on to star at the 1942 Pulitzer Drama winner The Skin of Our Teeth by Thornton Wilder. He also starred in Franz Werfel's1958 film Me and the Colonel and Eugene O'Neil's The Iceman Cometh in 1946.

E. G. Marshall was notably remembered for adapting the persona of Lawyer Lawrence Preston in the drama series The Defenders. The series ran from September 16, 1961, to May 13, 1965. It told the story of the father and son duo who work as defense attorneys that excel in complex cases. Their clientele usually involved individuals with polemic occupations. One of the most controversial clients that he handled was that of an abortionist which caused an uproar in America.

Although a great many have protested against the episode, CBS continued to broadcast it. His involvement with his character broadened his spectrum about the political and civic issues America has been struggling with. He was later known to give continuous support for government-funded healthcare in the United States as a member of National Health Insurance’s Committee.

Controversial as it may be, his role as Preston for The Defenders have garnered him prestigious awards. E .G. Marshall won the Primetime Emmy Awards under the category of Outstanding Continued Performance by an Actor in a Series two times in a row from 1962 to 1963. He was also nominated as Best Male TV Star in the 1964 Golden Globe.

He went on to play other roles involved in the law. In the 1957 film 12 Angry Men, Marshall took on the part of a headstrong juror. Following his judicial role, he went on to become a prosecutor in two films: Compulsion in 1959 and Town Without Pity in 1961.

Marshall also had the opportunity to work with veteran filmmakers Woody Allen and Clint Eastwood. He worked with Allen on the 1978 drama film Interiors. It tells the story of a dysfunctional family whose lives are upturned by their parents’ divorce.

In the 1997 political thriller Absolute Power, E. G. Marshall took on the persona of billionaire philanthropist Walter Sullivan alongside Clint Eastwood who plays the role of a master jewel thief. Absolute Power also became the last film appearance of Marshall following his death in August 1998.

He portrayed Dr. David Craig in the NBC medical drama The Bold Ones: The New Doctors. His portrayal of Dr. Craig is also one of the notable roles that made him a household name in the television industry during the 1970s. The series ran from September 14, 1969, to May 4, 1973, and revolves around the story of renowned neurosurgeon Dr. David Craig who operates his clinic. His clinic is one of the forerunners in the field of advanced treatment and procedures.

What's in a name?

Throughout his life, E .G. Marshall was fondly called as “Eej” by his colleagues and friends. An interesting fellow, EG Marshall's true name is an enigma of its own. Whenever asked what his name stands for, he never gives a consistent answer. In some interviews, whenever asked the same question, he would answer it as "Everybody's Guess" or, very akin to his nature, "Enigma Gregarious."

His listed full name stated on the Social Security Death Index appeared as E. G. Marshall. His son-in-law has stated that Marshall’s name will be buried with him to the grave, thus shrouding the truth behind his real name for good.

Practically the same as his name, even the exact date of his birth is still under dispute. Marshall's most accurate established birth date was on June 18, 1914. Some records have surfaced stating that he was born in 1910, but in an interview conducted on 1997, Marshall disclosed that his birth year is four years later, in 1914.