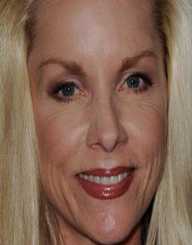 Cherie Currie was born on November 30th, in 1959. She is a talented American musician. Aside from this, she is also an artist and an actress. She is best known for having led the Runaways band. Currie also ventured into a solo career at some point. Similarly, she teamed up with her identical twin sister and released an album together. The two singers released the hit song dubbed “Since You Been Gone.”

Cherie Ann Currie was born on November 30th, in 1959. She was the daughter of Marie Harmon and Don Currie. Together with her three siblings, Currie was brought up in Encino. She has one brother and two sisters. One of her sisters named Marie Currie is her identical twin.

When Cherie Currie was a teenager, she was the lead singer for the band called the Runaways. Her other female bandmates were Sandy West, Joan Jett, Vicki Blue, and Jackie Fox. She joined the band when she was only 15 years old.

While playing with the Runaways band, Currie and her team released three albums namely Live in Japan, Queens of Noise and The Runaways. After this, she pursued a solo singing career. Around this period, Currie partnered with her identical twin sister Marie to sing “Love at First Sight.” In 1977, the two went to the US for a tour and that they performed on stage together winning over a huge fan base to their side.

The following year, Cherrie and Marie went on another tour in Japan. Here, they earned high acclaim as they performed on numerous TV shows. They also recorded an album titled Messin’ with the Boys while on a contract with Capitol Records. Later, they also recorded Young and Wild.

Growing up, Cherie Currie fought drug addiction related issues when she was young. This mainly influenced her singing career as it became one of the reasons for terminating her career. There is a biographical film dubbed The Runaways which features the early life experiences of Currie and her bandmates.

Currie wedded Robert Hays, an actor, on May 12th, in 1990. The two were blessed with a son called Jake Hays.