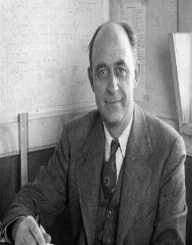 After joining CERN in 1956, Simon van der Meer worked in the field of physics acceleration. His works there include the magnet design in the GeV Proton Synchrotron (PS) at his early years there. In 1960, Simon van der Meer invented a pulsed focusing device called “van der Meer horn.” The device, which is useful up to date is, used for long-baseline neutrino facilities. Within that same year, Simon van der Meer designed a small storage ring for the experimental study of physics of inconsistent magnetic moment of the muon. Simon van der Meer followed this innovation with another groundbreaking work on the regulation and control of power supplies for the Intersecting Storage Rings (ISR) and the SPS.

Simon van der Meer developed a technique for luminosity calibration of colliding beams while at the ISR Collider in the 1970s. The technique was first used at the ISR and currently at the LHC and in other colliders. His “van der Meer scans” is up until date used in the experiments at LHC used to obtain an accurate calibration of the luminosity at the intersection points in the Collider. With his highly accumulated knowledge in accelerator physicist, he also did computer programming and developed sophisticated applications and tools. He used these in controlling the antiprotons source accelerators and the transfer of antiprotons to the SPS Collider. His AA and AC p bar source complex machine, remained useful from1987 to 1996 and was the highly automated set of machines in CERN’s repertoire of accelerators.

Simon van der Meer developed a technique of stochastic cooling of particle beams. This technique became useful in the accumulation of intense beams of antiprotons in a head-on collision with counter-rotating proton beams at 540 GeV centre-of-mass energy. It was also used in 270 GeV per beam in the Super Proton Synchrotron at CERN. These collisions produced the particle of matter W and B bosons. Even though the W and Z bosons was theoretically predicted some years back, it became the first time to be proven experimentally by CERN.

This discovery won Van der Meer and Carlo Rubbia the Nobel Prize for Physics in 1984 for their contribution to the project. Only two accelerator physicist Simon van der Meer and Ernest Lawrence have won the Nobel Prize. He was a member of the Royal Netherlands Academy of Arts and Sciences in 1984.