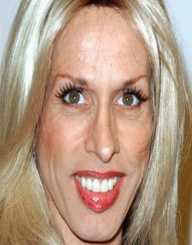 Alexis Arquette was born on July 28th, in 1969. She was a renowned American actress, underground cartoonist, and a cabaret performer. During her late thirties, Arquette changed her gender from being a biological born man to a woman.

Alexis Arquette was born Robert Arquette on July 28th, in 1969. She was the fourth born child to Lewis Arquette and Brenda Olivia. Both of her parents were avid actors.

Alexis Arquette began acting when she was only 12 years old. During this time, she featured in the music video called “She’s a Beauty” done by The Tubes rock band. Four years later, in 1986, she landed on a minor role in Down and Out in Beverly Hills.

At the beginning of her career, she mainly impersonated herself as a woman since she was a man. Her stage name was “Eva Destruction.” However, she later made it public that she had planned for a surgery that would make her a female.

When she clocked 19, she featured in the Last Exit to Brooklyn where she played the role of a trans sex worker. Other films that she starred in include Goodbye America -1997, I Think I Do -1997, and Kiss & Tell – 1997 among others.

During her lifetime, Alexis Arquette strongly supported transgendered people including the likes of Chaz Bono. After contracting HIV in 1987, Arquette’s health continued to deteriorate. She later entered into a medically induced coma which led to her death on September 11th, 2016.

Alexis Arquette passed away on September 11th, in 2016. At the time of her death, close family members witnessed her death at the age of 47. David Bowie's song called “Starman” played in her honor just before she died.