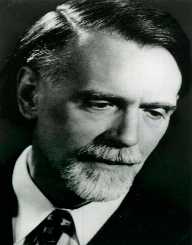 Zoltan Kodaly was born on December 16th, 1882. He was a famous Hungarian composer, linguist, pedagogue, philosopher and an ethnomusicologist. Through his career, he earned the recognition of being the mastermind behind the Kodály Method.

Zoltan Kodaly was born on December 16th, in 1882. His place of birth was in Kecskemét, Hungary. He was the son of Paulina and Frigyes Kodaly. Kodaly grew up to follow his parents’ footsteps as they were also amateur musicians. His father worked as a station master. Nonetheless, he used to play the violin while his wife played the piano.

Right from 1884 to 1891, Kodaly’s family resided in Galánta. They later migrated to Nagyszombat. It is from this place that Kodaly learnt to play piano and violin. He also took some time to learn more about choir singing.

In 1905, Zoltan Kodaly made trips to remote villages where he would collect songs. He achieved this by using phonograph cylinders to record them. The following year, he crossed paths with Béla Bartók. He was also a famous composer. He introduced Kodaly to other methods of collecting folk songs. They maintained their strong bond throughout their careers thereby becoming each other’s inspiration.

Kodaly’s works grew popular due to its originality of content and form. They also depicted a unique blend of the Western European music style. His career turning point came in 1923. During this year, his most notable works Psalmus Hungaricus was performed at a ceremony commemorating the 50th anniversary of union between Buda and Pest.

Emma Gruber was Kodaly’s first wife. The two lived happily together for about 48 years before Emma passed away in 1958. The following year, Kodaly married for the second time. He tied the knot to a nineteen-year-old student named Sarolta Péczely. She was a music student at the Franz Liszt Academy of Music. The two lived happily until Kodaly died.