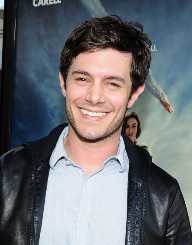 A Hollywood actor who started slowly with a lot of vision. Adam Brody, however, made it eventually big in a matter of years on the big screen. From his early years, he always has this passion for acting and stepping out big to achieve a lot of things in a different direction. In fact, he did enroll in school but was not serious about education. His primary choice in life is to enjoy having fun with his friends all around. Most of the formative years were spent outside as he spent them on the beach. He dropped out from school later in the year to continue his acting career. He acted in some movies.

Adam Brody is of the Jewish lineage and was born in Carlsbad, San Diego, California on the 15th December 1979. His father is a lawyer while his mother is a creative director at Sempra Energy. He has twin siblings. He was not a great kid while in school. IN fact, he performed very poorly in his academics.

He later got enrolled to Wangenheim Middle School and Scripps Ranch High School. He did not attend school as he spent most of his time surfing. Most of his childhood years were spent on the beach. Although, he admitted not being a Casanova; ladies often flock around him. He dropped out after attending Community College for a year. He dropped out from school for him to fulfill his aspiration as a Hollywood actor. He hired an acting coach and had a manager.

Adam Brody moved in 1999 to Hollywood where he launched his career. As of 2000, he ended up being in the television movie Growing Up Brady. He played the role of Barry Williams in the movie. This movie role got to him after a year of hardwork, training, and audition. His major work in television was when he was cast in a recurring role on Gilmore Girls as Dave in 2002. However, before that time, he had got a contract to play a small part in American Pie 2. These roles shot him to the stardom era. In fact, he got much of his fame and recognition with the television show The O.C. in 2003. He got a lot of female audience’s grasp and attention.

He got himself the title of TV’s Sexiest Geek. He was also named one of the 25 sexiest stars under 25 and Sexiest Man Alive. 2003 proved to be one of a good year for Adams. In fact, it was that year that he attempted writing something and finally wrote a short story, Home Security. He featured Grind and Too Bad about Your Girl in his movie.

As of 2005, his fortune has been great and shared screen space with Angelina Jolie and Brad Pitt in one of the acclaimed movie Mr. and Mrs. Will Smith. In 2007, the television series, the OC was put to an abrupt end. This made him shift his focus in what would fetch him money. Thus, shifted focus to movies. He played supporting roles in Smiley Face and The Ten. However, in the following years, she starred in Death in Love, Jennifer’s Body and The Romantics alongside Megan Fox and Katie Holmes. However, in 2012, the report had it that he would be part of Lovelace, a movie on the late porn star Linda Lovelace.

Adam Brody does not have major works, but his main work is the OC where he played the role of a sarcastic and geeky fellow. He got his fame and recognition from this performance. In fact, he got titles from different magazines as a result of this show. It was this film that served as the door to his success in life.

Adam Brody had a relationship with a co-star, Rachel Bilson for three years. The relationship was rosy and filled with love until they broke up in December 2006. Adam Brody later found actress Meester whom he dated for a year. The two, however, got married in a private ceremony in February 2014. He was voted as number 1 in UK CosmoGirl as pin-up sex symbol due to his Casanova image.