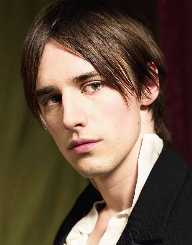 Reeve Carney is an American songwriter and actor. Born on April 18, 1983, known for his role on the Broadway musical Spider-Man: Turn off the Dark as Peter Parker/Spider-man and in Jeff Buckley’s biopic Mystery White Boy. He played the role of Dorian Gray in the ShowTime series Penny Dreadful and as Riff Raff in the Fox musical television film, The Rocky Horror Picture Show: Let’s Do the Time Warp Again.

Reeve Carney started his professional music career at a young age. He played the guitar at B.B. King's nightclub in Los Angeles, California; with his brother Zane, He formed a band called Carney. He has done several projects with the band and some solo projects.

Reeve Carney was born on April 18, 1983, in Manhattan to John and Marti Carney. He has two siblings; brother Zane and sister, Paris. He was born into a family of entertainers, as his father was a songwriter and his mother an actor and singer. He learned how to play the piano at a very young age and performed songs for radio and tv commercials. At the age of eight, he sang in a live performance and video at Lincoln Center's Avery Fisher Hall alongside Peter, Paul, and Mary. In1993, along with the children's choir, he recorded a song on Michael Jackson’s album, History.

Reeve Carney attended Academy of Music at Alexander Hamilton High School, Los Angeles along with his brother Zane to sharpen his knowledge in music. While there, he met future bandmates Aiden Moore and Jon Epcar. After high school, Reeve and his brother enrolled at the University of Southern California; Thornton School of Music where he majored in studio jazz guitar.

Reeve Carney began his professional music career at the age of 15 years playing the guitar at B.B. King’s nightclub in California and performed in other local clubs and music venues. This came with his debut EP “Looking Glass” in 2004. He promoted this, working with other musicians including Johnny Lang.

Reeve Carney signed with Interscope at the age of 22 and went on to form the jazz-infused rock band, Carney. The band included his brother Zane on the guitar, Aiden Moore (bass) and Jon Epcar (drums). He was the songwriter, guitarist, and vocalist of the band. Their first EP “, Nothing Without You,” was released in 2008. Their debut album, Mr. Green Vol. 1, followed in May 2010. These performances enticed the manager David Sonnenberg to work with the band. In 2011, the band toured with The Veronicas in their Revenge is Sweeter world tour. Reeve  Carney recorded the single “Rise Above 1” in 2011 alongside The Edge and Bono.

Reeve Carney released a solo debut album “Youth Is Wasted” in 2016. Song on the album received awards at the 16th annual Independent Music Awards, including “Think of You” winning Best Song – Acoustic, while "Resurrection" won "Best Song - Rock or Hard Rock." The album itself won the "Best Album - Adult Contemporary. He followed the success of the album with the tours Reeve Carney Fall Tour 2016 and Youth Is Wasted Tour in 2017. As a songwriter, he has written soundtracks for films like The Tempest, 2010, and The Twilight Saga: Breaking Dawn, Part 2 in 2012.

Reeve Carney made a big screen debut in by playing a minor role in the film The Saint of Fort Washington in 1993. He followed it with the role of Ismael Chambers in Snow Falling on Cedars in 1999. The role won him the "Best Performance in a Feature Film" at the Youth Artist Awards in 2000. He received the lead role of Spider-Man in on the Broadway production of Spider-Man” Turn Off the Dark, starring for three years from November 2010. He played the role of Dorian Gray in the Showtime series Penny Dreadful from 2014 to 2016. This was followed with the role as Riff Raff, in the remake of Fox’s The Rocky Horror Picture Show.

Reeve  Carney has had several relationships but not yet married. His most recent relationship was with Ashley Greene, but the two had conflicting schedules. Hence the relationship ended on the rock. Reeve remains single at the age of 35.