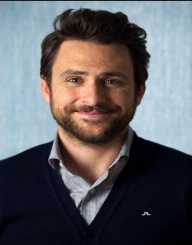 A Man of Many Words: Charlie Day

American actor, screenwriter, producer, comedian, and musician Charles Peckham Day was born on February 9, 1976, in New York City, United States of America to Dr. Thomas Charles Day and Mary Day. His father was a Professor of music history at Salve Regina University in Newport, Rhode Island and his mother taught piano at The Pennfield School in Portsmouth, Rhode Island. Charlie Day, as he was known popularly, spent his childhood days mostly in Middletown, Rhode Island.

Charles Day received his elementary and high school education from the Pennfield School and Portsmouth Abbey School, both situated in Portsmouth, Rhode Island and earned his high school graduation from the latter. He participated in the Portsmouth Abbey School baseball team, playing shortstop for the Ravens. He started to learn to play the violin as early as at the age of 3 and learnt piano, trombone and guitar-harmonica combo since then. He attended Merrimack College in North Andover, Massachusetts and received a Bachelor’s Degree in Art History.

In 1998. While studying, Charles Day took an active interest in the Merrimack's student theater organization called ‘Onstagers’ and also participated in the training programs at the Williamstown Theatre Festival in Williamstown, Massachusetts. He appeared for the Warriors baseball team in the University Baseball tournaments while studying at the Merrimack College.

Struggling in his initial days, Charles Day used to earn his living by waiting tables and answering phones for a telethon selling a Motown anthology. He made his on-screen debut in 2000 in a television movie called ‘Mary and Rhoda’ in a tiny role. In 2001, he was cast in an episode of ‘Law & Order,’ credited to be the longest-running television series on American Primetime Television. He also appeared in various independent films and other television shows around the same time including Madigan Men and the comedy Luis.

For the first time, Charles Day got the opportunity to have recurring roles, appearing in nine episodes of the series during 2003. His next recurring appearance was in the television crime series ‘Third Watch,’ which was aired on NBC till May 2005 for six seasons. Charlie altogether made five appearances in the series. In 2004, he played the role of Inbred Twin in the ‘Not Without My Mustache’ episode of ‘Reno 911!’ The comedy television series was aired on Comedy Central.

Charles Day's significant breakthrough came in 2005 when FX television picked up the comedy plot shot by Charlie with his struggling actor friends Rob McElhenney and Glenn Howerton. FX Television turned the plot into a comedy series ‘It's Always Sunny in Philadelphia.’ Charlie played the role of the immensely popular character ‘Charlie Kelly’ in the series. He is one of the show’s executive producers besides one of its writers along with Rob McElhenney and Glenn Howerton. The show went on to garner massive popularity and was a major hit.

Following the enormous success of ‘It's Always Sunny in Philadelphia,’ offers of roles in the mainstream Hollywood movies came pouring in, and his movie career accelerated like never before. He appeared in various films in different impressive roles after 2005 such as ‘Love Thy Neighbor’ (2005), ‘A Quiet Little Marriage’ (2008), ‘Going the Distance’ (2010) and ‘Horrible Bosses’ (2011). Charlie produced the 2011 sitcom ‘How to Be a Gentleman’ and an animated sitcom ‘Unsupervised.’ The former was aired on CBS from September 2011 to June 2012, and the latter was aired on FX from January to December 2012.

Charles Day hosted an episode of ‘Saturday Night Live’ which aired on November 5, 2011. He lent his voice to the character Art in the Pixar animated film ‘Monsters University’ in 2013. He also appeared in the Guillermo Del Toro directed science fiction big budget film ‘Pacific Rim’ in the same year. He reprised his role in its sequel titled ‘Pacific Rim: Uprising’ in 2017. The film was premiered at New York Comic Con on June 10, 2017, in front of a vociferous and applauding crowd.

In the same year, Charles Day appeared in another comedy film ‘The Hollars’ playing the role of Jason. In 2017, he appeared in two consecutive films, the first being ‘Fist Fight’ directed by Richie Keen and the second is the comedy-drama ‘I Love You, Daddy,’ written and directed by Louis C.K.

Charlie Day happened to meet actress Mary Elizabeth Ellis in New York City’s KGB Bar in December 2011. He started dating her after defeating another of her suitors by arm wrestling. They continued to date each other for five years and tied the nuptial knot on March 4, 2006. They were cast as incestuous siblings on Reno 911! In 2004 while they were dating. The couple was blessed with a son, Russell Wallace Day, on December 15, 2011.

Charles Day received an honorary doctorate in performing arts from his alma mater, the Merrimack College in 2014. He delivered the keynote address of that year in the same function. Charlie happens to be the only member of his family without a music degree as his elder sister Alice is also equipped with a Ph.D. in music.