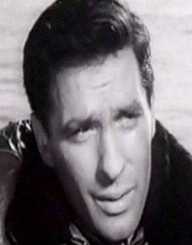 American actor, screenwriter, and director John Cassavetes was born in New York City on the 9 December 1929 to Katherine and Nicholas Cassavetes.

His family was an upper-middle class of Greek heritage who lived in Long Island. When he was a young, his family returned to Greece for a few years but relocated back to New York after a few years. Upon their return to America, Cassavetes was seven and spoke fluent Greek.

John Cassavetes graduated from Port Washington High School (1947). He then attended Mohawk College where studied English. He enrolled at Colgate University but did not complete his degree as he decided to become a sports announcer.

Later he joined at the American Academy of Dramatic Arts in Manhattan (1950). It was around this time that he became interested in the Stanislavskian school of Method acting.

John Cassavetes had a small part in the film 14 Hours (1951) and two years later made his television debut in Omnibus (1953). Between 1953-1956 he frequently appeared on television including roles in Playhouse 90, Alcoa Theater and Studio One. By the end of the decade, he had his own weekly television detective series, Johnny Staccato (1959-1960).

The first film he made was Shadows, which emerged from his interest in Method acting and a class that he had begun teaching in 1956. He filmed Shadows on the streets of New York with unknown actors who improvise their lines.

The film was also a landmark because it dealt with the topic of race relations, which was a sensitive issue at the time. Shadows gained international attention and established Cassavetes as a New Wave filmmaker.

After the success of Shadows, Cassavetes was commissioned to write and dirt two Hollywood films, and A Child is Waiting and Too Late Blues.  Problems occurred with the time editing and the amount of film used and eventually, the studios stepped in. Neither film was a commercial success.

This led to Cassavetes returning to acting to earn funds to finance his films. He appeared in Brass Target, Mikey and Nicky, Whose Life is it Anyway and The Killers. The next film he wrote and produced was Faces.

In 1967, John Cassavetes was nominated for a Best Supporting Actor Oscar for his portrayal of a psychopathic killer, Robert Aldrich, in The Dirty Dozen. He was also nominated for an Oscar for Best Original Screenplay: Faces (1988) and for Best Director: A Woman Under the Influence (1974).

John Cassavetes married Gena Rowlands in 1953, and they remained married until his death in 1989.  The couple collaborated professionally on some projects. They had three children: Nicholas, Xan, and Zoe. On the 3 February 1989, John Cassavetes died from complications relating to cirrhosis of the liver.