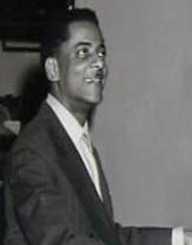 Teddy Wilson was an American jazz pianist who made his name through his elegant and sophisticated style of play. He featured with jazz biggest names including, Benny Goodman, Ella Fitzgerald, Lena Horne, and Louis Armstrong.

Wilson was among the first musicians of African roots to prominently appear with the white musicians.

Teddy Wilson was born in Austin, Texas on 24th November 1912. He learnt how to play violin and piano at Tuskegee Institute based in Alabama.

In 1935, Teddy Wilson joined Goodman and Gene Krupa to form the Benny Goodman Trio. The three went on to perform in the Big Band Intermissions event. Wilson's presence in a band consisting of whites was a big statement against racism.

He got his first a contract with Brunswick courtesy of John Hammond in 1935. This helped him to record over fifty heat songs with musicians such as Helen Ward, Billie Holiday and Lena Horne.

He formed his band in 1939 which lasted for four years before the group went separate ways. The group was made of six people.

Wilson also worked as a music director for the show, Dick Cavett.

Teddy Wilson was awarded by Berklee College of Music with an Honorary Doctorate of Music.

On July 31, 1986, Wilson succumbed to his death in New Britain, at the age of 73. His body was laid in Fairview Cemetery in New Britain.