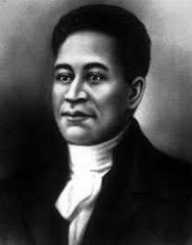 Crispus Attucks was a runaway slave who led the first confrontation with the British in Boston. His death during the skirmishes led to the start of the American war of independence against the British.

Crispus Attucks was of mixed blood, with his father an African American slave and his mother a Native American. In 7123, Attucks was born into a slave household. It is believed that his birth happened in the outskirts of Boston USA. The historical records of slave families were poorly kept. So the childhood life of Attucks was not documented until 1750. William Brown was a wealthy slave owner in Boston. He sponsored a reward for a fugitive slave in the Boston Gazette.

He was willing to pay out 10 British pounds for the capture of the black slave he named as Crispus. The vague description in the advertisement gave Attucks a chance to blend into society. Attucks had predominantly Native American looks. With an alias Michael Johnson, he easily evaded capture.

He managed to get a job as a sailor in one of the many whaling ships that operated in the Caribbean. Most of the experienced sailors were forced into the British military. After establishing a good financial saving, Attucks left the seafaring job to start his own trading business. The merchant venture failed and he returned to the sailing business.

In the late years of the 1760s, the British parliament in London introduced several legal laws concerning the colonies. One such law was the Stamp Act which was bitterly opposed by the North American colonies. The law forced that all published materials for the colonies to be done in Britain. Also that after being shipped, the publications would be subject to a levy remitted to the government in London. Other laws which were later called the Townsend Act fueled the tensions further.

The British government in the American colonies sent military reinforcements. They were deployed to the simmering hotspots. Boston was one of them. Sporadic fights between the British soldiers and the colonists were daily occurrences in Boston.

In the evening of the 5th of March 1770, a group of American colonists marched to a British soldiers post. The colonists were said to be protesting the killing of a young boy in a barbershop. The confrontation turned into a fight. The protesters started hurling stones and snowballs to the soldiers. When the soldiers were overwhelmed they called in for reinforcements. One of the soldiers got injured and they opened fire to the protesters. The protestors suffered five fatalities with several injuries. The first to be killed was Attucks. The killings sparked more protests in Boston and other American cities.

In an attempt to quell the countrywide protests, the British organized a trial. Two soldiers were convicted on the lesser charge of manslaughter. The others were released. The protests later became a fully-fledged war of independence from the British rule. Ironically the young lawyer who defended the soldiers in court was John Adams. He went to be the second president of the independent USA from 1797 to 1801.

In his death, the community reverted to calling him, Crispus Attucks. His life was unknown and insignificant to many. His death became a catalyst to the freedom enjoyed in the US today. His courage has been over the years transformed to a larger than life legend. The story of Attucks is still the subject of interest to many historians in American. His bravery to escaped bondage, his resolve to stage a protest against the British forces will always be an inspiring episode in the American Revolution history.

In the US, many commemorative sites are dotted with his name. In Boston in particular, parks, schools, and charitable organizations have been called after him. In Indiana, Texas and Kansas schools have been named after Attucks. The Crispus Attucks Day that was established in 1858 is however not a major celebration in Boston today.