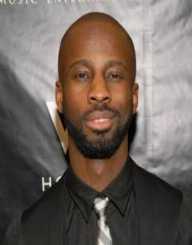 Bryan-Michael Cox was born on December 1st, 1977 in Miami in Florida. He was also brought up in Houston Texas. His mother played the flute for him all the time. His music interest developed at such a young age. He was only 7 when he informed his mother of this ambition. She has always supported his music career a hundred percent. This was followed by him joining High School for the Performing and Visual Arts in Houston. In his senior years, he met Beyoncé Knowles who had just enrolled in the school. Later the two recorded a demo tape which was the first record for Bryan-Michael Cox.

Seven years later, Bryan-Michael Cox produced Destiny Fulfilled, a track for Destiny Child. He joined Clark Atlanta University, a private University in Atlanta. At the time, Atlanta was among the few places that one had to live to join the music industry. That is why Cox chose to study there.

Between 1994 and 1999 Bryan-Michael Cox started his career at Noontime Records in Atlanta situated in Georgia as an intern. Some of his first productions were “Get Gone” along with "Creep Inn." The songs were great hits at the time.

Later in the years 2000 and 2005, he produced many other songs for many music legends. He took part in producing Beware of Dog album belonging to Bow Wow. He also co-produced with Usher in the songs "Confessions Part II" and "Burn." Confessions song was the 2005 Grammy award-winning song among Contemporary R&B Albums. By 2012 more than 10 million confession copies had been sold. It was among the best selling productions at the time. Cox went ahead to produce for Chris Brown and Mary J. Blige.

In his later career in 2006 to 2009, Cox together with Bow Wow wrote the single "Shortie Like Mine” in 2006. This was the first single for the album The Price of Fame which was the 5th studio album for Bow Wow. In 2007 he co-wrote "Stay Down" for the album Growing Pains. This was the 8th studio album for Mary J. Blige. In 2008 he wrote the single "Since You've Been Gone" and other four songs for the album for a group known as Day26. For the rest of his career since 2010, he has also worked with Justin Bieber, Mariah Carey, Usher, Tamar Braxton and R. Kelly.

Bryan-Michael Cox is believed to have been involved with Melyssa Ford in 2007. He is currently single.