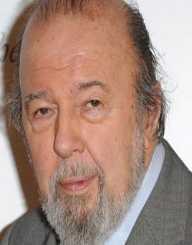 Sir Peter Reginald Frederick Hall, CBE was an English film, opera, and theatre director. Born on November 22, 1930, the Royal National Theatre described his “influence on the artistic life of Britain in the 20th century was unparalleled" after his death. The prominent director started his directorial works while studying at St. Catherine’s College. His debut professional work was W. Somerset Maugham’s The Letter in 1955.

Peter Hall formed the Royal Shakespeare Company, which ran from 1960 to 1968. From 1973 to 1988, Hall was the Director of the National Theatre and became the artistic director of Glyndebourne Festival Opera from 1984 to 1990. Hall also founded the Peter Hall Company from 1998 to 2011 and a founding director of the Rose Theatre, Kingston in 2003.

Peter Reginald Frederick Hall was born on November 22, 1930, in Suffolk, England. He was the only child of Grace Florence and Reginald Edward Arthur Hall who was a stationmaster. Hall attended The Perse School in Cambridge on scholarship. He won another scholarship to enrol at St. Catherine’s College, Cambridge to read English. While there, he produced he acted and produced several plays and directed some during his final year. He also directed plays for The Marlowe Society Summer Festival. He was also a member of the University Amateur Dramatic Club committee. He graduated in 1955.

Soon after graduating from the university, Peter Hall staged his debut professional play, The Letter, at The Theatre Royal Windsor. He served as the director of the Oxford Playhouse from 1954 to 1955. During this period, he staged several productions including Blood Wedding, 1954, The Impresario from Smyrna, 1954, and Morning Becomes Electra in 1955.

Peter Hall took charge of the Arts Theatre in London from 1955 to 1957. While there, he directed the English-language premiere of Waiting for Godot in 1955. The production was very successful, bringing him to the limelight and attracted the attention of connoisseurs in the theatrical circles. His other productions include The Burnt Flower-Bed,1955, The Waltz of the Toreadors, 1956, The Gates of Summer, 1956 and The Moon and Sixpence, 1957 among others.

He debuted at the Shakespeare Memorial Theatre, Stratford-upon-Avon, with Love’s Labour’s Lost in 1956. His other productions there included Cymbeline, featuring Peggy Ashcroft as Imogen and A Midsummer Night’s Dream, featuring Charles Laughton. He became the director of the theatre in 1960.

Peter Hall founded the Royal Shakespeare Company (RSC) in 1960, which played in Stratford and Aldwych Theatre. He produced several works at the RSC including Hamlet, 1965 with David Warner, The Government Inspector, 1966 with Paul Scofield, and The Wars of the Roses, 1963, which was described as "the greatest Shakespearian event in living memory which also laid down the doctrine of Shakespearian relevance to the modern world."After eight years of serving as the director of the RSC, he left in 1968.

In 1973, Peter Hall was appointed the director of the National Theatre and served there until 1988. It was during his time that the theatre moved from Old Vic to the purpose-built complex in South Bank of London amidst cynicism and vicious union unrest. He directed several productions at the National Theatre including the 1975 world primers of No Man’s Land by Harold Pinter. Other productions include Betrayal, 1978, Amadeus, 1979, Alan Ayckbourn’sBedroom Farce. He directed The Oresteia, 1981, Animal Farm, 1984, and Antony and Cleopatra in 1987.

Hall also directed several operas, film and television production throughout his career. His opera works include John Gardner’s The Moon and Sixpence, and Schoenberg's Moses und Aron at Covent Garden among several others.

Peter Hall published several books on theatre including Peter Hall Diaries – the Story of a Dramatic Battle,1983, which gives an account of what he went through while establishing the National Theatre on the South Bank. He also wrote, The Necessary Theatre (1999), Exposed by the Mask (2000) and Shakespeare's Advice to the Players in 2003. In 1993, he published his autobiography Making an Exhibition of Myself.

Peter Hall married four times first to French actress Leslie Caron. They had children Christopher and Jennifer. After their divorce, he married Jacqueline Taylor and had two children Edward and Lucy. His next marriage was to American opera singer Maria Ewing and had a daughter, Rebecca. Hall’s final marriage was to Nicki Frei, with whom he had a daughter Emma. He involved all his children in his theatrical works. Hall was diagnosed with dementia in 2011. He died of pneumonia on September 11, 2017, at the University College Hospital, London at age 86.

In 1963, Peter Hall was awarded the CBE and Knighted in 1977. He received the Chevalier de L’Ordre des Arts et des Lettres in 1965. Hall was inducted into the American Theatre of Fame in 2005.