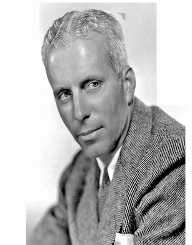 Howard Hawks was born on May 30, 1896, in Goshen, Indiana, USA. His parents were Frank and Helen Hawks. Howard had four younger siblings: Kenneth, William, Grace, and Helen. Howard’s grandfather, C.W. Howard was also an important part of his life (as he loved to pamper his grandson).

He was an average student at best wherever he went, which could have been in part because of how often he switched schools. Even though he was nothing special academically, Howard Hawks was still able to attend the respectable Cornell University. He graduated with a degree in mechanical engineering.

Howard Hawks first came in contact with the film industry when he made friends with a cinematographer named Victor Fleming. The two hit it off right away, and Fleming got Hawke a job in the film industry. He didn’t have a fancy job, as he only worked as a prop boy at first, but this humble beginning was what Howard Hawks needed to start his journey into the world of filmmaking. He worked on many famous movies, including The Little Princess.

When World War I broke out, Howard Hawks enlisted in the United State’s military. He left for the war in early 1917. He first worked as a lieutenant, but later worked in the air corps. He stayed in the air corps until the end of the war, in November 1918. After the war, he had some odd jobs before returning to Hollywood to continue his film career.

Back in Hollywood after the war, Howard Hawks loaned money to a man named Jack Warner. Warner later hired Hawks on as a producer. Even though Hawks earned enough money to make a living from this job, he still dreamed of bigger and better things.

In the late 1910’s, he made his own production company, called Associated Producers. He was not alone in this venture, as Allen Holubar, Allan Dwan, and Marshall Neilan worked with him. The company only lasted from 1920 to 1923 before it shut down. However, the company did manage to produce 14 films before it shut down.

In 1923, after the Associated Producers shut down, Howard Hawks began to work with MGM as a producer. He worked on almost 50 films while with the company. Still, he wanted more. He wanted MGM to make him a director, which they said they would, and then went back on. In 1925, Hawks broke his contract with the company and left the group, since they would not make him a director.

Later in 1925, Fox Film Corporation was willing to hire Hawks as a director. He worked with the company until 1929 (and he only stopped working with him because his contract had expired). While working with Fox, he directed eight films.

In the 1930’s, silent films started to fade away as talkies filled the mainstream. This big change left Hawks unemployed for some time, but he was able to get back on his feet in 1931 when he worked on The Criminal Code. He continued working on talkies for decades. He worked in film until 1970, when he made his last movie, Rio Lobo.

Through his long film career, Howard Hawks only won three awards. All of his awards are listed below.

Howard Hawks earned a star on the Walk of Fame in 1960.

Howard Hawks was married first to Athole Shearer in 1928. The marriage only lasted for twelve years, as the couple divorced in 1940.  He was married the second time to Slim Keith. They married in 1941, but this marriage was shorter than his first, ending in divorce.

Howard Hawks died on December 26, 1977, in Palm Springs, California. He was 81 years old when he passed away.