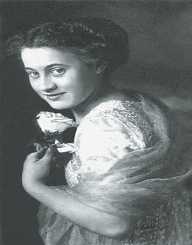 Dorothy Gibson was an American film actress during the early 1900s who also became famous for being one of the lucky survivors of the Titanic. She, later on, starred in a film depicting the tragic event. She was also known as the “Original Harrison Fisher Girl” for being one of the artist’s more famous model at the time.

She was born in Hoboken, New Jersey on May 17, 1889, as Dorothy Winifred Brown to parents Pauline Caroline Boesen and John A. Brown. When she was three years old, her father died leaving her mother a widow. In time, her mother married again to a man named John Leonard Gibson of which she obtained her last name.

As a young child, Gibson has exhibited her love for performing. She was a frequent performer in a number of vaudeville performances from 1906 to 1911 often singing and dancing in front of people.

Gibson entered the film industry in 1911 under her agent Pat Casey. She joined the Independent Moving Pictures Company (IMP) where she started off as an extra then moved to Lubin Studios where she served as a stock player. Éclair Studios hired her in July 1911 as one of their leading ladies which propelled her career to stardom. Her first leading role under Éclair Studios was Molly Pitcher in the 1911 historical drama entitled Hands Across the Sea. She became a commercial success and was applauded for her acting style of which she found out she was an effective comedian. She starred in the 1911 film Miss Masquerader and the 1912 film Love Finds A Way, both of which were produced at Fort Lee, New Jersey.

After wrapping up her works on The Easter Bonnet, she decided to take a break and went on vacation with her mother in Italy in March 1912. After six weeks, she was called back by the studio to work on several new projects which prompted Gibson and her mother to board the Titanic on its maiden voyage on April 10, 1912. Four days later, Gibson was playing with several other ladies when the luxurious cruise liner struck an iceberg around 11:40 pm. She, along with a few others, boarded Lifeboat 7 which were not full when it was released on the waters. Gibson and her mother were among the 705 lucky survivors of the tragic event which claimed the lives of more than 1,500 passengers.

Soon after, a film was made based on the tragedy of which she starred in entitled Saved from the Titanic of which she also wore the same clothes the night of its sinking. The film was a huge success in the United States and became a hit in other countries such as France and Britain. However, no copies of the film were saved since it was destroyed by a fire which broke out at the Éclair Studios in 1914.

She married George Henry Battier Jr. in 1908 but separated from her husband shortly after. Their divorce took time to process and was finalized in 1913. She became involved in a love affair with Jules Brulatour which lasted for a period of six years. Brulatour was the co-founder of Universal Pictures and Head of Distribution for Eastman Kodak, as well as the advisor and producer at Éclair Studios. The two were wed in 1917 when it was revealed to the public that she was his mistress but the union was dissolved shortly after

After she fled the gossip and scandals of America, she settled in Paris where she also died. Gibson was 56 years old when she suffered a fatal heart attack at the Hotel Ritz in Paris on February 17, 1946. Her remains were buried at Saint German-en-Laye in France.