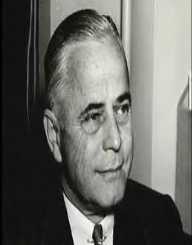 Charles Edward Merrill was born in Florida on October 19, 1885. The son of Dr. Charles Merrill and Octavia Wilson, the young Merrill grew up in Green Cove Springs, Florida. In 1898 he moved with his parents to Jacksonville in Florida.

He went to John B. Stetson University Preparatory School. In 1903 he transferred to Worcester Academy. He left high school and went to Amherst College in 1904. He moved to the University of Michigan and left in 1907 without a degree. He then joined the semi-professional baseball league. He played for a team in Mississippi, Merrill left for New York for better employment opportunities.

Charles Edward Merrill got employed at the Patchogue-Plymouth Mills in 1907. He rose from an errand boy to director within two years. He left the company in 1909 for George H. Burr and Company. He introduced the bond department within the company and became its head. He left the New York-based firm in 1913. He worked for Eastman, Dillon, and Company in Wall Street, as its Sales Manager for a while. He then founded his own company Charles E. Merrill & Company in January 1914. During this time, he diversified into retail chain stores.

Six months into the investment business, Charles Edward Merrill partnered with Edmund Lynch to create Merrill Lynch and Company. Lynch, a Johns Hopkins University graduate, provided the academic understanding in the company. The firm dealt with brokerage, securities, and investment banking. He got his breakthrough after underwriting McCrory Stores. As he got more clients, the company’s profitability increased. He traded on the stock market and made huge commissions.

In 1926, he achieved a milestone in business. He brokered an underwriting deal for Safeway Stores. He also bought a huge number of shares and became the majority shareholder. He steered Safeway Stores to be one of America’s largest food vendor.

Charles Edward Merrill sensed the fall of the stock market in 1928. He advised his clients to offload their shares and equities. In 1930, Merrill sold a majority of his shares and kept a low profile in the business. To bridge the financial disparity, Merrill started a magazine called Family Circle in 1932. The first of its kind, the magazine was sold in grocery shops. He managed to grow its circulation rapidly due to its accessibility. He spent most of the 1930s at his multiple homes with little business.

Charles Edward Merrill started wooing investors reeling from the Great Depression. He invited his employees and their spouses to attend free educative seminars on investment. He changed the payment mechanism of his employees from commissions to salaries. He began attracting low-income investors in a previously wealthy businessmen domain. Small local investors responded positively to his campaign. Merrill got loyal long term clients. He remained profitable unto his death.

Charles Edward Merrill married and divorced thrice in his life. He fathered three children in the three marriages. Merrill had several affairs with other women. He lived a flamboyant lifestyle. He had several palatial houses in downtown New York, Florida, and Southampton.

His children grew to be respected and wealthy citizens. His first child, Charles E. Merrill Jr. was an educator. He started the Thomas Jefferson School and Commonwealth School. He also served in other educational institutions boards.

His daughter Doris Merrill was a philanthropist and business lady. The third child James Merrill was a poet. He founded the Ingram Merrill foundation to support young and upcoming writers in their work.

Charles Edward Merrill died on October 6, 1956, in Southampton, New York. He was 70 years of age. His cause of death remained a secret family affair.

Charles Edward Merrill was arguably the most influential stockbrokers in America. He was highly innovative in his business strategies. He managed to attract small investors into Wall Street. Merrill saved many of his clients from enormous losses during the American Depression.

As a philanthropist, he donated USD 5.5 million to the Merrill Foundation for the Advancement of Investment Knowledge. The money was to be used solely for the education of the citizens on safe avenues of investing in the stock market. He also donated huge amounts to institutions of higher learning, religious organizations and medical facilities.