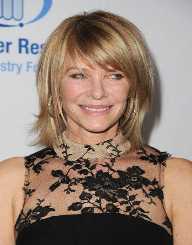 Kathleen Capshaw Spielberg is an American actress. Mostly remembered for her role as an American nightclub singer.

Kathleen Sue Nail was born on November 3, 1953, in Fort Worth, Texas, US. She was born to the couple Beverley Sue (nee Simon) and Edwin Leon Nail. Beverly Sue was a travel agent and beautician and Edwin Leon Mail a staff of airline company. Kate relocated to St Louis, Missouri at the age of five.

Kate shifted to New York City to take acting as a career. Her premiere acting was in The Edge of Night. She was interviewed for minor character in A Little Sex. She was then given to take up a major role. She terminated her contract with The Edge of Night. She featured as Willie Scott, a sexy American nightclub singer against Harrison Ford in 1984.

Kate continued her acting career throughout her career. Kate has featured in 19 films through 1984 to 1999. Kate has appeared on Television on 10 occasions from 1981 to 2001.

Kate married Robert Capshaw, a marketing manager in January 1976 and had one daughter Jessica Capshaw. She was also an actress. They divorced in 1980. Kate retained her surname Capshaw and it became her career name on becoming an actress.

Kate met Steven Spielberg during one of her actings in Indiana Jones and the Temple of Doom in 1984. Kate changed her religion to Judaism before marriage and married Spielberg on October 12, 1991. The wedding ceremony was both civil and orthodox.

The couple had seven children in their family.

Capshaw supported the presidential candidature of President Barack Obama in his second term in 2012.