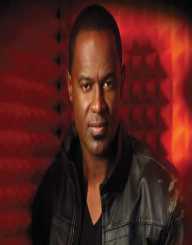 Brian McKnight was born on June 5, 1969, in Buffalo, New York. His family was all inclined towards music. McKnight’s grandfather was a director, and his older brother had his band. Since early childhood, McKnight was interested in music and soon joined the local church choir.

McKnight attended the Sweet Home High School. At a high school, he performed as a bandleader. His gospel upbringing allowed him to explore various genres of music. While learning to play various instruments, McKnight also developed music writing skills.

McKnight’s older brother Claude and his band Take 6 signed a records deal with Warner Brothers in 1990. This achievement encouraged young Brian, at the time 19 years old, to create his demo tapes and send them to various companies. Not long after, McKnight secured a recording deal with Mercury Records subsidiary, Wing Records. Just two years later, his first album Brian McKnight was released. The album was a success and peaked at number fifty-eight on the Billboard 200 chart. The main single of the album was the ballad “One Last Cry.”

Two others followed his first successful album with Wing Records- the 1995’s I Remember You and 1997’s Anytime. The latter was a major success and sold more than two million copies. It was also nominated for a Grammy award. The video for the song “Anytime” was nominated for Best Male Video at the 1998 MTV Music Awards.
After parting ways with Mercury Records, McKnight signed a deal with Motown. In 1998, he released the Christmas album Bethlehem. The following year he released his most successful album to date, Back at One. The album went on to sell more than 3 million copies and reached the Top 10 on Billboard 200 chart. McKnight produced a total of five albums with Motown.

In 2007, Brian McKnight made his debut on the Broadway. Before that, in 2006, he began hosting his radio show The Brian McKnight Morning Show with Pat Prescott on KTWV in Los Angeles, California. The show was also simultaneously cast on KHJZ-FM, Smooth Jazz 95.7 and The Wave Houston. In 2009, McKnight started to host The Brian McKnight Show on Kiss FM in New York City. The same year, McKnight also appeared on the second season of the reality show Celebrity Apprentice. Each celebrity raised money for their choice, and McKnight elected to play for Youthville USA.

McKnight has also tried out his talent in talk show hosting. In 2009, he began to host The Brian McKnight Show- a late night talk show. However, the show did not earn huge popularity and was canceled after running for only one season.

Besides his solo work, Brian McKnight has also collaborated with other artists. His most notable work was in 2004 when he co-wrote the song “Wait” with Australian Soul artist Guy Sebastian. The song was featured in Sebastian’s album Beautiful Life.

In 2011, McKnight was chosen to sing the National Anthem for MLB Opening Day in Cincinnati, together with his two sons. He had also previously sang the National Anthem in 1997 All-Star Game in Cleveland and at the 2005 Major League Baseball All-Star Game. In 2012, McKnight made a YouTube appearance, posting what has been described as a 50s jam “If You’re Ready To Learn.” He later commented that this parody work was a commentary on the state of R&B, which he believes is in a period of degradation.

Brian McKnight was married in 1990 to singer and songwriter Julie McKnight. They have two children- Brian Jr. and Niko. The couple divorced in 2003. Since 2005, he has been in a long-term relationship with Annalisa. However, the couple separated in 2007-2009. After they decided to reconcile, McKnight proposed to her on the stage and the couple got engaged. Still, they decided to end the relationship in 2011 and canceled the wedding. He got married again in 2016 but separated after just one month.

In 2016, after his second marriage broke off, McKnight met Dr. Leilani Malia from Maui. They married just a month after meeting and are still married. He has stated that the album “Better” is dedicated to his wife.

McKnight was raised as Seventh-day Adventist. He also attended the Oakwood College, a Seventh-Day Adventist university in Alabama.