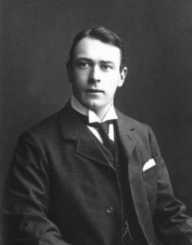 Navratil was born in 1880 on Szered, Slovakia. Later on, he relocated to France in 1902 and found work as a tailor and where he also met his future wife, Marcelle Caretto. Navratil and Caretto married 5 years later in 1907 and their union brought forth two sons named Edmond and Michel. 5 years later in 1912, the couple separated due to Carretto having an affair.


Onboard the RMS Titanic and Its Fall

The same year of their separation, Navratil took his children away from Carretto and boarded the RMS Titanic for its maiden voyage on April 10, 1912. To get on board, he assumed a fake identity; he boarded as Louis M. Hoffman and had his children assume fake identities as well; Louis and Loto Hoffman. They boarded the luxurious cruise line at Southampton en route to America to start a new life.

On April 14, 1912, around 11:40 PM, the ship collided with a huge iceberg and had issued people on board to board lifeboats. At the time, there were not enough lifeboats to accommodate all passengers and women and children were given top priority to the board said lifeboats. Thus, Edmond and Michel managed to board the lifeboats to safety and Navratil was not. He died along with 1,500 others when the ship sank at 2 AM on April 15, 1912.

As for the two kids, both of them sailed back to safety in the United States but both were non-English speakers. Both of them were nicknamed as the “Titanic Orphans” and were cared for at one of Children Aid Society’s private homes in New York. Photos of the children were posted on a newspaper caught the attention of their mother back in France. In the paper, they were addressed as Lola and Louis but their mother came for them soon enough and the trio finally sailed back to their home in France.