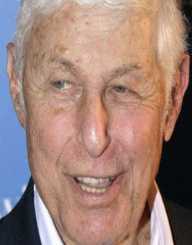 Don Shepard Hewitt was born on December 14, 1922, in New York City to Frieda (nee Pike) and Ely S. Hewitt. His father was a Jewish migrant from Russia while his mother was of German Jewish ancestry. The family later relocated to Boston, Massachusetts, where Ely worked for the Boston Herald American as a classified advertising manager. Donald Hewitt received education at the New Rochelle High School in New Rochelle, New York after which he enrolled at the New York University.

Don Hewitt started his journalism career with the New York Herald Tribune as a head copyboy in 1942. The following year, he joined the United States Merchant Marine Academy during World War II. He returned to his job at Tribune after the war in 1945. He also worked for The Association Press at a bureau in Memphis, Tennessee. However, upon the demands of his then-wife Mary Weaver, they moved to New York City, where Hewitt worked for E.W. Scripps Company’s photo agency ACME New pictures.

Don Hewitt's experience with pictures gained at ACME New pictures earned him a lucrative offer from CBS television. The company was at the time seeking for someone with picture experience to help in their television production. He officially started with CBS News in 1948 serving as producer-director of the evening news broadcast with Douglas Edwards. He served in that capacity for 14 years from 1948 to 1962. He was also the director of See it Now, the weekly news show hosted by Edward R. Murrow and co-produced by Fred W. Friendly. The program started in 1952.

From 1962 to 1981, Don Hewitt became the executive –producer of the CBS Evening News with Walter Cronkite. Hewitt created the multi-award winning news programs 60 Minutes in 1968 and served as the executive producer until 2004. The show became very popular reaching the top 10 in viewership in its ten years of inception. It maintained the position for the next 21 seasons until the 1999 to 2000 season. 60 Minutes won eight Emmy Awards.

Don Hewitt married three times first to Mary Weaver and had two sons Jeffrey and Steven. His second wife, Frankie Teague Hewitt was an American theatre producer who founded the Ford’s Theatre Society. Frankie came into the marriage with a daughter Jilian Childers. The couple had a daughter Lisa Gabrielle Hewitt Cassara. Hewitt’s third marriage was to broadcast and newspaper journalist, Marilyn Berger. Hewitt was diagnosed with pancreatic cancer in March 2009. He died from the disease on August 19, 2009, at his Bridgehampton home.

Don Hewitt won the Radio Television Digital News Association’s Paul White Award in 1987 and a Peabody Award in 1988. He received the Walker Cronkite Award for Excellence in Journalism, 1992, and was honoured with the Washington State University's Edward R. Murrow Award for Lifetime Achievement in Broadcast Journalism.