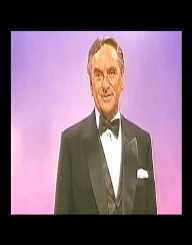 Bob Monkhouse was born 1st June 1928, to Wilfred and Dorothy Monkhouse. He was born in Kent, England, in a town called Beckenham. Monkhouse was the younger of two children, with an older brother called John.

Monkhouse went to Goring Hall School in Sussex. He then went on to study at Dulwich College in South London but got expelled. While he was at school, though, he wrote for two publications and drew cartoons for several comics. Monkhouse completed his National Service in 1948, with the Royal Air Force.

After his National Service, Bob Monkhouse won himself a contract with the BBC. He had written a letter to the BBC telling them he was a war hero, and that he was worthy of an audition. His Captain in the RAF signed it without realizing what it was, and it was sent off to the BBC. Monkhouse established a publishing company in the early 1950s, in partnership with one of his friends from school, Denis Gifford.

In his early career, Monkhouse appeared in several stage productions before he went on to become a successful writer. Monkhouse formed a partnership with Denis Goodwin and did scriptwriting for radio comedy, as well as comparing a show together on Radio Luxembourg. They wrote for several top comedians of their day, including, Jimmy Edwards, Ted Ray, and Max Miller. They also wrote jokes for Bob Hope when he was touring Britain. Goodwin ended the partnership in 1962, to go and work for Bob Hope.

Bob Monkhouse did his first hosting gig in 1956, called Do You Trust Your Wife? With other television work under his belt, and his public profile growing, Monkhouse started filming comedy movies, including the first of the “Carry On” series. By the 1980s, his comedic style was out of vogue, and he received some criticism for the way in which he delivered his jokes. By the 1990s, however, Monkhouse was back in favor, more popular than ever.

During his prolific career, Bob Monkhouse hosted or performed in over 40 television shows or series, he wrote over a dozen scripts for television, hosted two radio shows, and acted in nine movies. He also wrote four books:  The Book of Days (1981), Just Say a Few Words (1988), Crying with Laughter: My Life Story (1994), and Over the Limit: My Secret Diaries 1993-98 (1999).

1993:   Awarded an Officer of the Order of the British Empire – for services to entertainment
1995:   Recipient of Lifetime Achievement Award for Comedy – British Comedy Awards

Bob Monkhouse married Elizabeth Thompson in 1949. They had two sons, both of whom died in their 40s. Their elder son, Gary, died from cerebral palsy. Their younger son, Simon, died of a drug overdose. They also had an adopted daughter, Abigail. The couple separated in 1967 and finalized their divorce in 1972.

His second marriage was to Jacqueline Harding in 1973, and he was with Harding until his death in 2003.

A somewhat unusual legacy is an advertisement by Monkhouse that was on British television after his death. The ad was for prostate cancer, in conjunction with Male Cancer Awareness Week. While delivering a very serious message, Monkhouse’s signature comedic streak was also part of the advertisement.