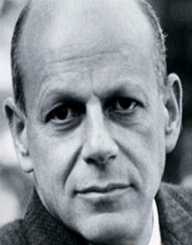 William Howard Schuman was born 4th August 1910, to Samuel and Rachel Schuman. He was born in New York City, New York, in the United States, and had a sister called Audrey.

Schuman started playing the banjo and violin from a young age, and when he was in high school, he established a band called, Billy Schuman and his Alamo Society Orchestra. The band played dance music for events like bar mitzvahs and weddings.

After graduating from high school in 1928, William Schuman enrolled at New York University, in the School of Commerce. Although studying business and working at an advertising agency, Schuman’s love was music, and he wrote many songs with one of his long-time friends called E. B. Marks.

It was in 1930 that Schuman attended a concert at Carnegie Hall with his sister. The New York Philharmonic was performing, and Schuman had the experience of his life. He loved the sound of the orchestra, and the next day, he decided he was going to be a composer.

Schuman left his job and school so that he could study music. He enrolled at the Malkin Conservatory and studied under Max Persin and Charles Haubiel. Schuman then studied with Roy Harris from 1933 to 1938.

He achieved his bachelor’s degree in music education in 1935 through Columbia University.

In 1935, William Schuman took a teaching role at Sarah Lawrence College and worked there until 1945. He then joined the Juilliard School in 1945 as the President. He remained in the role until 1961. In 1961, he became the President of the Lincoln Center and held the position until 1969.

He composed music right throughout his career. His compositions included two operas, The Mighty Casey in 1953, and A Question of Taste in 1989. He also composed five ballets.

William Schuman composed 20 orchestral works, including ten symphonies. There were seven concertantes, and 14 vocal/choral works. He also composed 13 instrumentals classified as chamber music. Among his other work, Schuman also wrote two film scores, Steel Town in 1944, and The Earth is Born in 1957.

Among his awards and honors, William Schuman has the following:

1985:   Special Pulitzer Prize for his contribution to American music as a composer and educational leader