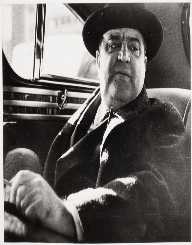 Fiorello Henry La Guardia was born on December 11, 1882. He was a famous American lawyer and politician. He is best remembered for being the 99th Mayor of the city of New York. This is a post he served for three terms beginning in 1934 and ending his tenure in 1945. He was an energetic and a resourceful individual. As a result, he was given the name “the Little Flower.” His political career brought him high acclaim as he earned himself a spot as one of the most influential mayors in the history of the U.S.

Fiorello Henry La Guardia was born on December 11, 1882. His birthplace was in Greenwich Village in the New York City. He was the son of Achille La Guardia and Irene Coen. His father was an Italian baptized Catholic. On the other hand, his mother was a Jewish lady from Trieste. With time, the family migrated to Arizona. Here, Achille La Guardia, his father went on to serve in the U.S. Army as a bandmaster.

La Guardia went to many public schools while residing in Arizona. He later went to Prescott where he took his high school education. In 1898, his father was relieved of his duties. Following this occurrence, La Guardia went to live in Trieste. After that, he enrolled at Dwight School where he later graduated.

From 1901, Fiorello Henry La Guardia offered his services at the U.S. consulates located in different areas such as Budapest in Trieste and Fiume. He served here for a period of five years beginning 1901 to 1906. After this, he moved back to the United States to resume his studies. He joined the New York University. In 1907, he was offered a job at the U.S. Bureau of Immigration as an interpreter. He worked here until 1910.

Upon his graduation from the New York University School of Law in 1910, La Guardia was quickly admitted to the bar. Accordingly, he began to practice in the New York City.

In early 1915, Fiorello Henry La Guardia was chosen to serve as the Attorney General of New York. The following year, he was voted into the U.S. House of Representatives. He was well known for being a committed reformer which led to his ascension into congress. He was to represent East Harlem, an ethnically diverse district. Regardless, his political independence nature barred him from attending several meetings. On March 4th, 1917, he took office. Within a short period, he was authorized to serve in the United States Army Air Service. After serving in the Congress for two years, he resigned on December 31st, 1919.

The same year, Fiorello Henry La Guardia was elected as a Republican candidate to contest for the presidential seat of the New York City Board of Aldermen. His opponent was Robert L. Moran from the Democratic Party. La Guardia won the seat defeating his opponent by 1, 363 votes.

In 1922, Fiorello Henry La Guardia was back to his former congressional seat after being voted in by East Harlem, his stronghold. He remained a house representative until mid-1933. During this entire period, he fought for labor legislation and strongly opposed immigration quotas. One of the critical legislation that he put across was the Norris–La Guardia Act.

During the 1933 elections, Fiorello Henry La Guardia won these elections hence becoming the mayor of the New York City. He was the 99th person to earn this post. He was subsequently re-elected in 1937 and later in 1941. This gave him an opportunity for serving as the New York City mayor for 12 years.

Fiorello Henry La Guardia wedded Thea Almerigotti in 1919. This marriage did not last for long as his wife passed away in 1921 after suffering from tuberculosis. In 1929, he married for the second time to Marie Fisher, a former Congress secretary.

Fiorello Henry La Guardia passed away on September 20th, in 1947. He was 64 years when he died.