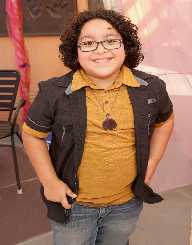 Nathan Alejandro Arenas, famous for playing Jorge in the Disney Channel comedy series “Bunk’d,” was born on 30th September 2005, in Los Angeles, California. His family includes his mother Alejandro and a younger sister. His penchant and love for acting blossomed at the very early age of only two years. He always loved to perform in the presence of his family and friends. His other interests are drawing, reading, performing tricks, swimming and playing soccer. He also loves watching movies and going to sea beaches in his spare time.

“Actors Giving Back,” an acting school and also a celebrity based talent development program, is the place where Nathan Arenas started to learn acting under the tutelage of its founder and mentor, famous Actor and Director David DeLuise. In 2015, Nathan appeared for his first ever Audition for Disney Channel’s sitcom “Bunk’d”. He was successful in clinching the role of Jorge in his maiden endeavour.

“Bunk’d” is a comedy series aired by the Disney channel, where Jorge is a character of a Camper keen to tell fabricated, trumped-up stories and enjoyed putting ‘Ravi,’ another character of the series, in a tricky situation perpetually. The resultant interaction and comedy made the series hilarious and very popular among the masses. The show is running successfully for the last two years. But, even though his hit show is based on the adventures of children at a camp, in real life, Nathan has never been to a camp.

In 2016, Nathan Arenas was nominated for ‘Best Television Young Actor Award,’ called Imagen Awards for the portrayal of the character Jorge in “Bunk’d.” Besides “Bunk’d,” he made guest appearances in ‘Disney Monstober’ and ‘New Girl,’ a T.V. series. His appearance on an episode of ‘Hollywood Today Live’ with other Disney celebrities was part of a promotional campaign for Disney clothing.

Nathan's big moment of recognition and happiness came on March 28, 2016, when all the participants of the Disney Channel’s T.V. series “Bunk’d” and ‘K.C.Undercover’was invited to appear at the White House for the Annual Easter Egg Roll, hosted by the American First Family.

Along with his cast-mates Kevin Quinn, Nina Lu, Karan Brar and Miranda May, Nathan proudly attended the event. Two days after the event, he posted a photograph of him with the First Lady, Michelle Obama in his Instagram account.

The 11-year-old boy is proficient in two languages English & Spanish. An imaginative personality, Nathan Arenas is a self-learner and likes to indulge himself in different activities like playing musical instruments, singing, etc. He is fond of pets like chickens, fish, and rabbits. In 2016, Nathan went through a brief period of illness as he had to undergo a tonsils and adenoids removal surgery.

Fortunately, he recovered pretty quickly. The cute comedian is admired by millions and is regarded as the best child actor on Disney. Nathan Arenas has a huge fan following and has over 200k followers on Instagram. His mother manages his social media accounts.