Money symbolism brings of greatness that someone will become rich in life by genuinely being smart and creative in every prospect. Basically, when you do what is right then, you will have financial stability. In other words, you need to work hard now and focus on ways that will earn you money that will help you in your daily needs. On the other hand, saving is the key thing that will make you have enough money that will help you someday. More so, you need to focus on investing your money in areas that will produce more. Notably, the struggle is hard, but when you keep going, then it will be worth it.

Moreover, money’s symbolic meaning signifies that you will have to pay the price in order to have money in life. Besides, you should dwell on your knowledge to show you better ways to become successful. Actually, you need to be humble and kind to have the life that you deserve. Notably, life is valuable when you do something that will earn you more money. Equally, it feels good to have enough money in life.

Everyone has different perspectives and perceptions when it comes to interpreting symbols. With that being said, we should remember that interpreting the symbolic meanings of money will differ depending on your personal financial situation, along with other socioeconomic factors.

This allows you to make your experience with this money symbolism much more personal and interactive. After all, you will ultimately have to make decisions regarding symbols yourself.

However, some common attributes are associated with the symbolic meaning of money, mainly value, power, and history. Value and power should come as no surprise. No matter what the currency is (stones, coins, paper), it is given a value, with higher amounts denoting an increased value. With value typically comes the power of some sort.

History, though, is equally important. Money has passed through the hands of many billions of people throughout time, and each individual bit stays in circulation for many years before being destroyed. Spiritually, this can be interpreted to mean that each stone, coin, or note takes a bit of each owner’s energy when it leaves his/her possession.

Certain groups, such as the Japanese of the Pacific, even placed a higher value on their currency based on its history and the lineage of its ownership. This makes sense when we examine the Latin word “currency,” which literally means “the condition of flowing.” Many ancient alchemists connected this with the natural law that energy can neither be created nor destroyed, and it can only change forms. From this, they developed the concept that the world would never lack money: it would retain its energy and only change forms. 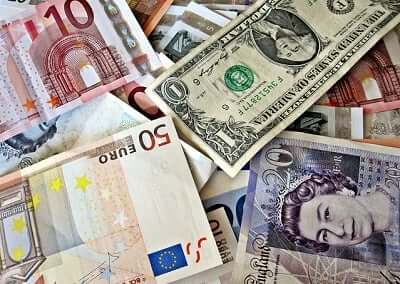 In addition to value, power, and history, money also has many other connections, such as exchange, donation, materialism, and admiration. Each of these elements can be considered both positive and negative, depending on the specific historical circumstances. After all, the money symbolism that we study now is merely a morphed and evolved version of what others believed and speculated on in the past.

Early civilizations saw deeper, spiritual meanings associated with money. For example, the Celts placed importance on engraving meaningful and powerful Celtic symbols on their coins, such as horses, boars, bears, and trees. Because a high value is placing on each of these natural living things, it only seemed natural that their image would increase the value of their currency.

According to the ancient mode of living, money was not a problem to them but thought change money had become the easiest mode of exchange. Besides, you will be so great when you do things that will make you successful. Perhaps, the best part of your life is to work hard when no one is watching. Equally, you are responsible for changing the world.

Apart from the power of these animals, Celtic trees were believed to possess magical qualities that would open a gateway to higher understanding and wisdom. However, the Gauls (or Iron Age ancestors of the Celts) did not even have a currency; rather, they preferred to use trade and barter. It was not until the ancient Greeks absorbed them that they adopted a physical currency.

This was because the Greeks had already found their own symbolic meaning in money. The engraved images of their revered Greek gods and goddesses upon their coins in the spirit of magic and belief. However, as time went by, they replaced those images with those of government officials and other powerful people.

From them, the Romans took inspiration and adopted this idea of a physical currency with political engravings. They even used it as a type of marketing campaign, with political candidates having their image placed on coins to get their names/faces into the voters’ minds. Although they took their main ideas regarding money from the Greeks, the Romans were individualistic in another sense. They were the first group of people to create larger coins to commemorate events in their history.

The Luck Around Money

Furthermore, the ancient Chinese value of money concerned not only exchange but also good luck. As such, their culture revered currency for reasons other than its monetary value. They even created their currency with specific geometrical connections in mind. The circular nature of the coin was representative of heaven, while a square hole in the middle symbolized the Earth. Together, this union served to mimic the connection between the two. Here are few Feng Shui tips for money and wealth. 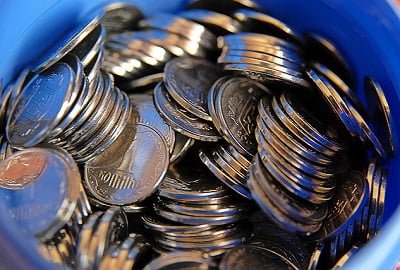 As with all symbols, money can also appear in our dreams. In fact, for many, themes with monetary connotations probably occur quite frequently. Several fairly direct and obvious interpretations can be made after dreaming of money, such as thoughts of wealth and comfort and concerns of financial security and freedom.

Dreaming of money is a good sign that you will someday become successful. In other words, you will come to know better ways that will mean you great fruits. More so, no one will ever doubt your work if your actions are producing great results. Basically, you can prove wrong everyone who doubts because they can see the money you earn after a struggle. Equally, you have the power to achieve everything you ever imagine in your life.

However, other lesser-known ideas are associated with money dreams: libido, sexuality, control, dominance, and passion. Historically, the money symbol was associated mainly with men, meaning that typically masculine qualities were associated with it. Thus, it isn’t shocking that the above-mentioned themes would come into play. Whether one is lacking or thriving in these areas of their life, dreaming of money certainly draws attention to them.

The symbolic meaning of money implies that you should keep listening to great people and learn the ways that will make you successful. Basically, every journey you start will either earn you money or destroy your life. So, you need to become your inspiration and remember the possibility of your power. Equally, with the effort you are using, you will become unstoppable. Simply you become your own project.