Earth is the planet that humans inhabit. Every area of life will be touched by the influence of Earth. The symbol of Earth can show things clearly and give people insight that they need. 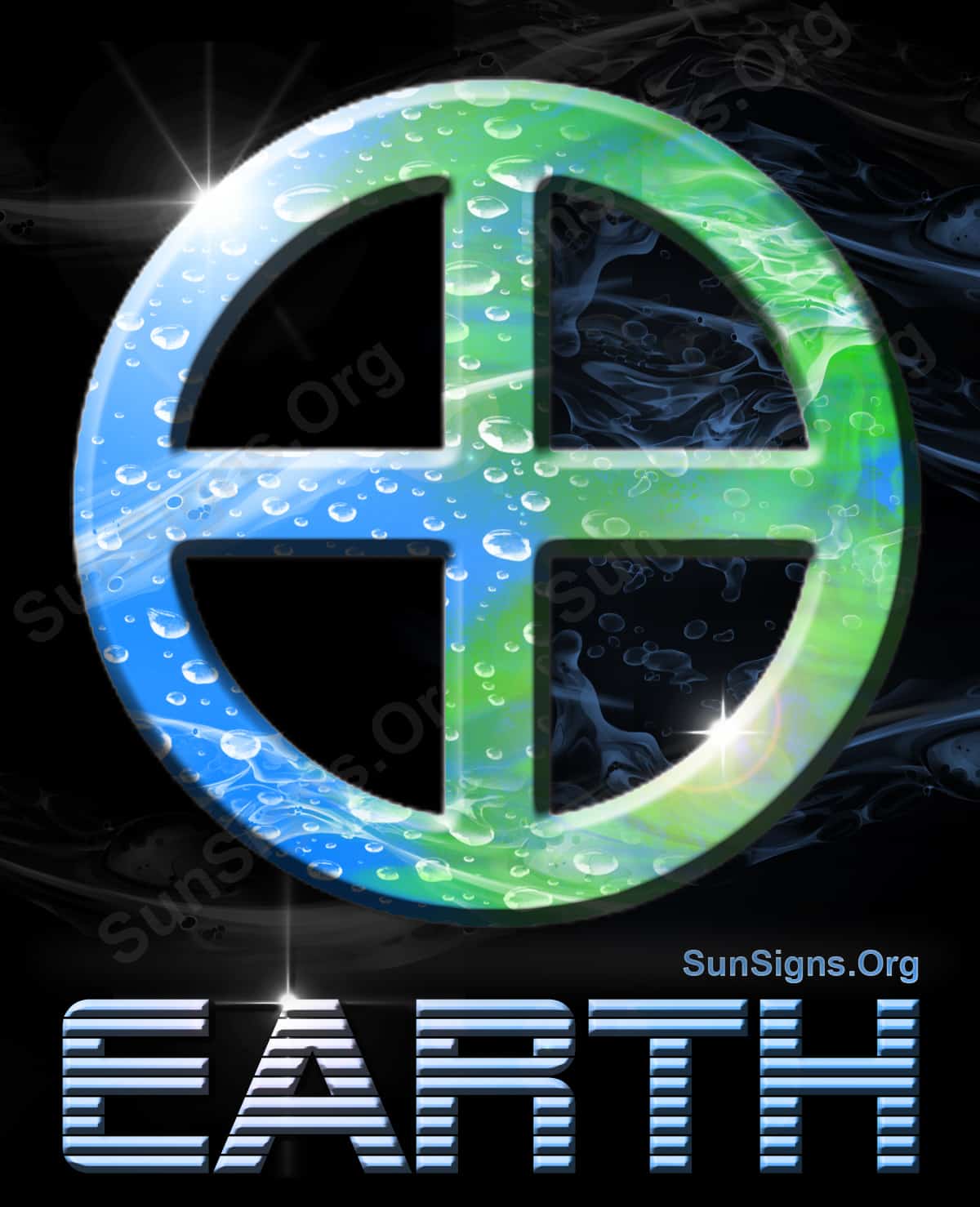 The inner journey is a mental one and the outer journey will be a physical one. Earth in the natal chart will show people two things. People will see where their active intelligence is in their every day life. They will see the work they have to do that is their own physical work and the influence they will have on other people.

An esoteric chart will have the sun show the kind of creative methods people will use. The planet Earth in the same chart will show where the results of the creative methods will end up. Saturn will symbolize karma, but Earth will symbolize dharma. Dharma is what people will have to achieve and how they will be able to achieve it. Earth will be what links all people together.

The symbol of the Earth has been used for thousands of years all over the world. The symbol will most likely be seen as representing the globe and the four directions of a compass. People are more likely to believe this version because it is more neutral and does not have religious connections.

The symbol is used is Norse mythology to symbolize Odin. Odin is the main god of the Norse pantheon. The symbol might be called Odin’s Cross or the Solar Cross.

The symbol is used in England to represent Church and State under the security of the crown. It is called the Sovereign’s Orb. John Dalton, who did groundbreaking work in atomic theory, used the symbol of Earth on his chart of the elements as the symbol for sulfur. It is called the sun cross, the wheel cross, and Woden’s cross.

The symbol for Earth has had different names in the past. However, they keep changing because of the offense that one or more groups find in the name. Through it all, the symbol has not changed.

Earth has so much influence over the lives of people that it will represent all life. The planet will ultimately represent home.