The Boar animal totem has had many important associations throughout the world, serving as the avatar for many deities, or an alternate form of the same.

He has been the one charged with carrying the sun through part of its cycle, and has represented solar deities due to its habit of eating the dead, and deep connection with the earth. The pigs of Prydary were known to be oracles and played prominently in certain portions of the Welsh Mabinogion.


But above all, Boar symbolism is akin to strength. He is powerfully built, low to the ground, and known to be a fearsome opponent. To go against Boar was a test of your skill and valor.


The Boar was an relentless and merciless foe. His thick hide, powerful form, and sharp tusks would spell death for those who faced off against him unprepared. 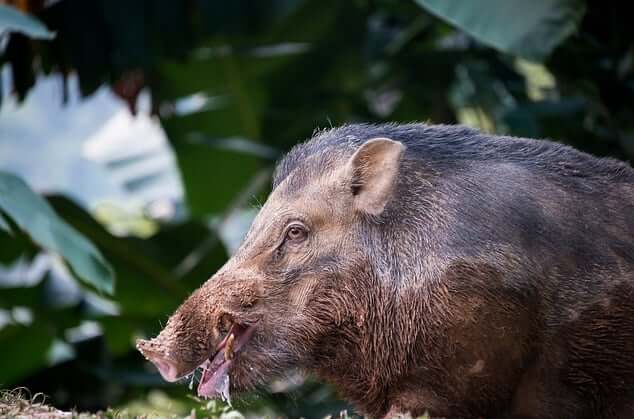 For those who know the Boar meaning, the ferocity is based in a fearless protection of that which is his. If you are in his territory, he will run you out, if you threaten what is his, you will be gutted and left for your intestines to tell their fortunes to the sky. Sorrow be to those who would dare to threaten their family, for Boar is never so fierce as when defending his own.


Know also that Boar is not easily deterred, for on top of being fearless, he is also deeply focused. When Boar sets out to accomplish a task, there is little that can stand in the way, for his determination is dauntless. In times of struggle or difficulty, Boar will lend his strength to those that he calls his own, for you are his, and there is no help for those who would cause you harm.

But as part of his oracular nature, the boar animal totem can guide us through pit-falls and traps. The nose that is so renowned for its ability to find truffles hidden in the forest earth, can also reveal those things that would trip us up between us and our goal. Let Boar rip them away with his mighty tusks, clearing the brush, breaking the undergrowth that the road ahead might be clear for you to travel without obstruction.

The Boar symbol also brings us lessons of fearlessly facing that which we put off. If we do not honestly and earnestly face the challenges ahead of us, then we will never progress and they will continue to be barriers. Take the guidance of tunnel-visioned Boar and charge your problems head on.

Those with Boar as their spirit guide will be prone to this form of behavior, when in pursuit of a goal they may be brusque and difficult to deal with. Better to stand out of their way than get between them and their goal, knowing that what they seek to accomplish will be, even if it means going through you. So respect Boar, and Boar in turn will give its respect to you.