What Is Eleven Symbolism?

Everything has some sort of symbolism around it, and numbers have some very special symbolism of their own. There is a special name for the study of numbers and their symbolic meanings (and other interesting things about numbers as well) called numerology.

In this article we will discuss all these important facets of the number eleven’s symbolic meanings, as well as a few other interesting symbolic traits this mysterious number holds. 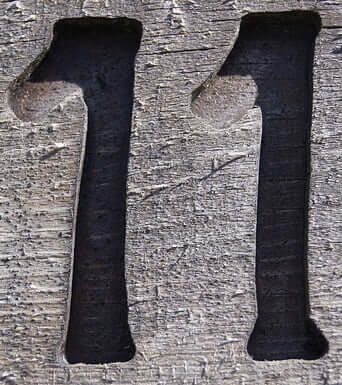 In numerology, the number 11 is a special number. The numbers that people usually use to decode numerology meanings are just one through nine. This is part of the reason why eleven is such an important number.

Usually, a two-digit number would be broken down instead of being used as a whole. The number is used as a whole because it is made up of two of the same number. Because of this trait, eleven is called a master number. Master numbers have some of their own special symbolism, which adds to the symbolism of the number eleven.

The number eleven meaning can also be broken down like other two-digit number. To make it simple, to break down eleven you just make it 1+1, which makes 2. The number two has some great symbolism that can help to enhance the symbolism of the number eleven.

The number eleven is also a number of opposites. It can symbolize balance in this way, but also female and male energies. Other balance symbolism can be found within the number eleven as well. The balance of hard work and relaxation, emotion and rational thought, and any other opposites you can think of that need to stay in balance.