But in reality, everything has some sort of symbolism around it. This article will discuss one of the lesser known areas of symbolism: symbolizing ideas. In this article, we will be defining and symbolizing the idea of the law of attraction.

What Is The Law of Attraction?

The first question we can answer is, “What is the Law of Attraction?” The Law of Attraction is a simple thing, but it is complicated to define. Let’s just give an example to make it easier to understand. Have you ever noticed that when you expect something bad to happen, like rain on a picnic, it seems to happen more often than if you hadn’t been worrying about it?

Or, in a nicer turn of events, if you’re low on cash and are hoping to get money, you may receive your paycheck or find money on the ground? These are two examples of the Law of Attraction at work. To put it simply, the Law of Attraction is a law that states that if you focus on something enough, whether willingly or unconsciously, there’s a better chance of it happening.

This idea didn’t pop out of thin air though; it is based on another idea. This idea is that people have energies around them, and that their thoughts themselves have their own kind of special energies. These energies are pure and can make things happen without you even knowing that you are doing something; at least, that’s the reasoning behind the idea. 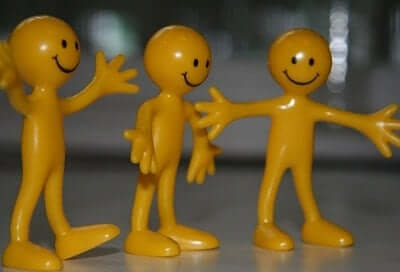 One of the things that stop the Law of Attraction from becoming a real scientific law is that there is no proof that the Law of Attraction is a real thing. While many people claim that it works, science sees these events as being nothing more than coincidences rather than events caused by thought energy. Even though science rejects the idea of the Law of Attraction, that doesn’t stop believers in the law from working on their thought-focusing skills.

Instead, if you focus your energies by thinking positive, then you are much more likely to have a happier life. A person’s own personal energies do not only affect the Law of Attraction, but many other aspects of their life as well. Take care of the way that you think it you want to have a more positive life.

Symbolism is strange, but sometimes the ideas and thoughts behind it are more obvious than hidden. Symbolism is simply a way of understanding something on an even deeper level.