It’s always a sad experience when someone we care about passes away. It always seems like there is something that you could have done to help, when in reality it is just that way that life is. Life and death make up the circle of life, and as hard as death is, people everywhere need to learn to accept that it is something that happens in life no matter how many healthy or young people that you know.

Many people still want to do things for their loved ones after they pass away. Many people give their prayers or leave flowers at their grave sites in memory of their lost friends or family member. These things help to console the grieving person even if it can’t actually bring back the deceased.

In a way, remembering our loved ones and cherishing their memory is a way to keep them alive in spirit. There are many symbols for memorial and memory, and this article will discuss four very different symbols: the elephant, roses, amber and fir trees. 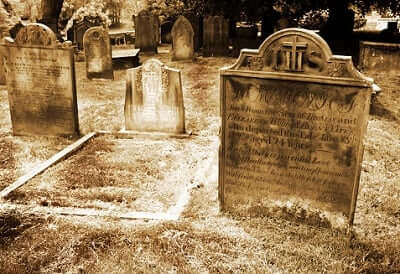 A fir tree is also a great sign for memory and memorial. A trend that is starting to get popular is people getting cremated once they die and getting their ashes planted with trees. This way, instead of leaving a gravestone, they leave a beautiful tree behind. While this seems like a new thought, the idea may have come from the Celtic people. These people were said to use fir trees as grave markers.


They might even have had forests instead of cemeteries, which is the goal for planting ashes with trees. Fir trees are also a kind of carnivorous tree, which means that it never loses its leaves. It is green all year long, which symbolizes life after death, making the fir tree a great symbol for memorial and memory.

Many people already know about the elephant’s long memory Elephants are extremely intelligent and human-like animals. Their expansive memory allows them to learn tricks and things for circus performances. Their memory also helps them to remember each other after one of their friends or family members pass away or if they are relocated to another zoo or back into the wild.


We know this because, like humans, elephants have showed signs of mourning after a tragic event. Elephants become melancholic after one of their members die, they have been seen crying, and some even believe that elephants have special burial grounds. They have been shown dragging their dead to a specific spot. Because of all the human-like aspects that an elephant takes on after one of them die, the elephant is a great symbol for memorial and memory.

Amber is a kind of stone that is brownish in color. Besides being a symbol for memorial and memory, amber is also a symbol for love and healing, two things that are also involved in death. Amber is a stone that has been used in decoration for centuries. It is a common stone that is used in jewelry. Many people believe that amber has magical healing properties, as well as other spiritual features. Amber’s warm color is said to bring peace and reassurance to people, and this is why it makes such a great symbol for memory and memorial.

It is common for people to bring flowers to the grave sites of people that they once loved and lay the flowers near their headstone. In case you don’t already know, every flower’s symbolism is different, and it sometimes even varies in one kind of flower just depending on the color of the petals. Some flowers are able to symbolize memory and memorial better than others, and the rose flower is just one example of this.

Many people give roses to people that they love, and this could be because the rose is also a symbol for love. The rose is great at representing death. It’s thorns are painful when touched, just like death. However, its petals are beautiful, and can represent life after death. Many people think that when they die they will go to a better place. Because of the dual nature of the rose, and death, the rose makes a great symbol for memory and memorial.

Now that you know a little more about some of the things that symbolize memory and memorial you can use these objects to put near grave stones, or keep them near you to remember your lost loved one.