Alchemy is one of oldest sciences known to humanity and is said to preserve the key to the gates of eternal life. There are numerous elemental alchemy metal symbols, each accounting for a different element on Earth.

One of the most notable elements is gold; malleable and soft, shiny and yellow. Alchemically speaking gold metal is both a trivalent and a univalent element, or malleable, which makes it a transitional metal. Gold symbolizes flexibility in life and in spirituality, as well as perfection due to its immutability. This element has such attributes as wisdom, health, radiance, vitality, and unification. Many alchemists contend that gold contains no life, that it is dead, and this is because it does not oxidize and is one of the least reactive chemical elements.

Another highly revered elemental alchemy symbol is platinum. This silver-white metal is beautiful and non-corrosive, and also ductile. Platinum is highly sought after by alchemists for its endurance, and it represents determination and completion.

Slightly harder than gold, silver is another malleable and ductile elemental alchemy symbol. For alchemy purposes, silver is one of the three base metals used in the inception of work. Because this element is associated with the moon, it holds feminine philosophical traits and the attributes of inner wisdom, contemplation, and intuition.

Another highly malleable metal, lead is dense and ductile, and non-corrosive. Alchemically, lead an essential life by planet Saturn, and the ruler of any dark prime matter than lacks gleam and shine. Lead can be combined with silver to create Philosophic Mercury, a purified element.

Copper is a red colored metal and has many alchemical symbols, one of which is also the planetary symbol for planet Venus. Copper’s use stems centuries throughout history, as far back as 8700 B.C., and has been associated with the Goddess Aphrodite/Venus in mythology. For alchemy, copper embodies the characteristics of feminine beauty, artistic creativity, love, and balance.

Tin is silvery-white and crystalline, highly malleable, and also ductile. A representative of the planet Jupiter in alchemy, tin is associated with breath and is philosophically considered the “breath of life.” It accelerates chemical attacks and, when standing alone, is weaker than it would be if it were combined with another element. 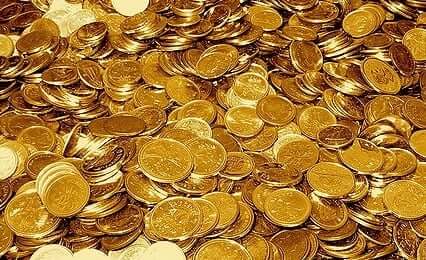 Strong and silver-white, and corrodes easily, magnesium is a relatively stable metal element that represents infinite flame, ascension, and eternity. It is easily ignitable when shaved into small pieces, and quite challenging to extinguish afterward. Because of this, magnesium is a highly enticing alchemy symbol.

Zinc is considerably reactive with oxygen and reacts to dilute acids to produce hydrogen. When zinc is burned with oxygen, it creates what is called philosopher’s wool, which is also known as zinc oxide, nix alba, or white snow.

Antimony looks like metal but does not react chemically like a metal. In alchemy, this symbol represents animalistic qualities found in mankind.

Arsenic is a highly poisonous metalloid that has three allotropic forms; yellow, black, and gray. In alchemy, arsenic was used for medicines and various types of magic. When combined with sulfur, it can induce a trance like states that have led to enlightenment and ascension.

This non-metal is a tasteless and odorless, yellow crystalline solid that is multivalent. Sulfur is a life essential element and considered a transcendent elemental alchemy symbol. It represents the humankind’s multiplicity, and the triad of ascension also viewed as a holy trinity and is one of three heavenly elements in alchemical science.

White and waxy, with a pungent odor, phosphorous is a solid that can be colorless and transparent. It is not water soluble but is capable of dissolving in carbon disulfide. In alchemy, this element is known to trap light and represents spiritual illumination.