What Is Magickal Timing?

Occultists use a system of “magickal hours” to calculate the best time to perform certain actions in our lives. This is regardless of whether you are a witch, a ceremonial magician, a Christian, Jewish, or some other non-magickal religion. Or you might simply want to have your life run more smoothly, you can benefit tremendously from understanding this system of magic (or what are often called planetary) hours and applying it to your life.

According to Aaron Leitch (author of Secrets of the Magickal Grimoires The Classical Texts of Magick Deciphered), A. E. White claimed that the system of calculating magickal hours, which we use today, had its origins in the Key of Solomon the King.

Leitch suspects that the system is actually much older, but because The Key served as a principle source of information, Leitch doesn’t give much more history regarding what he believed the origins of this system are beyond that particular book. 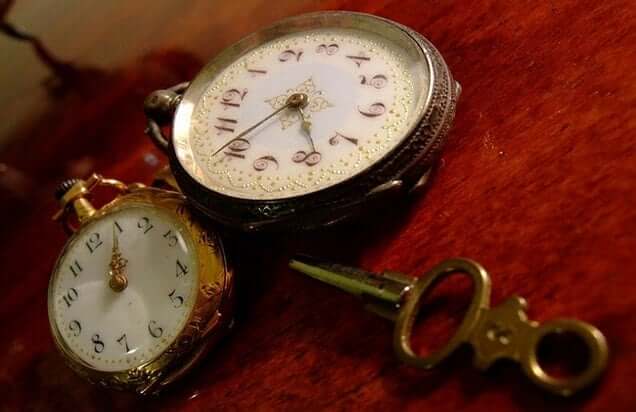 The basic premise of this system is that each day of the week AND each hour of the day has its own distinct energies. If we align ourselves with the natural energies present in the moment, we don’t have to fight as hard to get what we want. I like to think of this system like swimming in a river.

Ever wonder why Friday seems to be the universal date night? It isn’t just because it’s the end of the work week. Surely Saturday would be better suited for romantic interludes if that were the case. In general, most people don’t have to work on Saturdays, so Saturday would have the added benefit of more time to get ready for the big date.

Also, most people don’t have to wake up on Sunday morning to go to work, so you can stay out equally late on Saturday night. The answer is that Friday is ruled by Venus (the planet of love). The energies of Friday are naturally suited to “date night,” and, instinctively, we seem to recognize this fact.

It is not difficult to see how many of our days are connected to the planets in astrology. Sunday is named after the Sun, of course. Monday is a little less obvious, but it’s still relatively easy to see how the Moon holds sway here. Saturday is named for the planet Saturn, which rules over it.

It’s a little more difficult to see the planetary connections of the other four days, but with a little history, it becomes more apparent. Tuesday is ruled by Mars. According to Leitch, we get the name Tuesday from a European warrior deity named Tues. Mercury rules over Wednesday. The connection here is not obvious at all … no matter what way I spin it for you.

How Do You Calculate The Magickal Hours?

The second thing to keep in mind is that the order of planets is different. In standard astrology, we start with the Sun and work our way out to the furthest reaching planet in our solar system, Pluto. When calculating magickal hours, the order follows in reverse.

Starting with the furthest planet in our solar system at the time this system of calculation was created (Saturn) and working in towards the “planet” closest to us here, on Earth (the Moon). The order goes Saturn, Jupiter, Mars, the Sun (or Sol), Venus, Mercury, and the Moon (or Luna). This method of ordering is referred to as the Chaldean Ordering of Planets.

The Chaldean Order holds sway here, which you can see if you look at the first eight hours of a Saturday. Sunrise on Saturday is a Saturn hour, followed by a Jupiter hour, then a Mars hour, the fourth hour on Saturday belongs to the Sun, the fifth to Venus, Mercury rules the sixth, the Moon rules the seventh, and then we start back over with Saturn ruling the eighth hour. This patten continues throughout the day.

To figure out how this pattern works with any other day of the week, simply start by naming the first hour (begin at the moment of sunrise) after the ruling planet of the day. Then progress through the Chaldean Order, repeating the cycle until you have twenty-four hours. 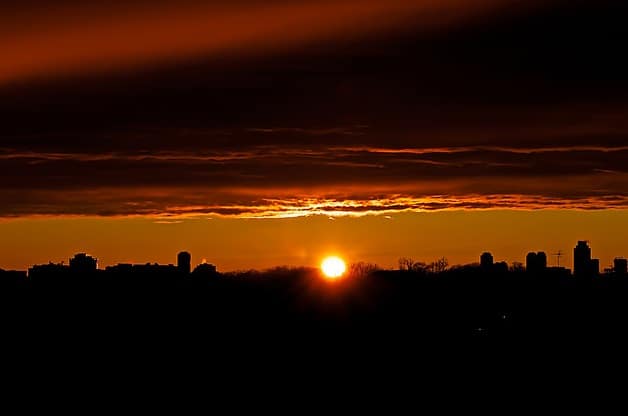 More About The Magickal Hours

The magickal hours are broken down into two sets of 12 composing a 24 hour day. The daylight hours begin, as one can expect, at the first sign of daylight: sunrise. The evening hours begin at the first sign of evening (twilight) and end with sunrise the following day. At first this may take some getting used to, because we are conditioned to think of our days starting and ending at midnight.

After you get that under your belt, it is important to realize that the hours are not equal. They are not all 60 minutes. In order to calculate the exact minutes in a magickal hour, you are going to need to look up the exact minute of sunrise. Go to any sunrise calculator, put your location into the search bar, and press the “See sunrise/sunset” button. A table will appear giving you the sunrise and sunset times for the next 7 days.

(If you desire to calculate the planetary hours for the evening, you would simply calculate the number of hours between sunset and sunrise the following day and then follow the formula given above.)

The final thing to keep in mind is the ruling planet of each hour. On Mondays, the planet that has the most sway is, as I have said before, the Moon. Therefore, the first magickal hour on a Monday is a lunar hour. The second hour is ruled by Saturn. Jupiter rules the third hour. Mars rules the fourth. The Sun rules the fifth. Venus rules the sixth. Mercury rules the seventh, and then it starts over with the Moon ruling the eighth. This rotation continues to recycle itself.