Seax-Wica is a Wiccan tradition calling largely on Anglo-Saxon paganism, and was originally founded by Raymond Buckland, one of the more important figures in the history of the Wiccan faith. This tradition recognizes the Germanic deities of Woden, and Freya, along with quite a number of the other entities within these traditions.

Within Seax-Wica, the Nordic Runes are considered quite important, and play heavily into a number of their practices within the faith. One tool they use that is specific to their tradition is the spear, calling on the spear Odin pierced himself on, to hang on an Ash tree seeking enlightenment. It was from this experience that Odin, or Woden, had the runes of the Elder-Futhark revealed to him, and passed their wisdom on. 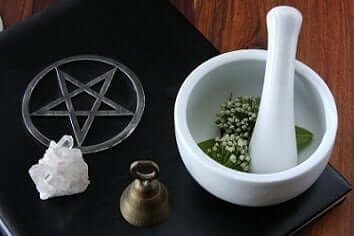 Unlike Gardnerian Wicca, and many other of the British Traditional Wicca branches, Seax-Wica was open and does not employ a secrecy Oath. The books themselves sometimes give this illusion, but in fact are merely facilitating the expansion of the faith by individual practitioners and groups of the same.

One example of this is the lack of information on how to consecrate the tools for use in casting a ritual circle in the book “Buckland’s Book of Saxon Witchcraft” it was likely that Buckland assumed the practitioner would already be familiar with the basics.

Seax-Wica function with a democratic nature, officers within the coven are elected, and in fact can be impeached as well. There are four Officers in Seax-Wica, among them the Coven High Priest, High Priestess, and Scribe. One additional is called the Thegn, and is a form of watchman, responsible for the meeting place of the coven, ensuring it is ready for use for magic rituals, and making sure it hasn’t been profaned in any way.

Seax-Wica has quite a bit in common with the Pagan Asatru faith, as they ultimately call on the same historical religions and traditions. They are deeply centered on Nordic heritage and the Wicca traditions tied into the same. One issue that has only barely touched Seax-Wicca.

But is relevant in it’s nearness, is accusations of racism and white supremacy. Neither of these are in fact relevant to the faith, but certain sects of the faith call on ‘Ancestor Worship’, and in some cases, it can be required that one has Norse Heritage in order to participate.

Again, this isnt’ intrinsic or even common in Seax-Wica, but can occasionally be seen in those that draw for a more ‘roots’ tradition such as Asatru. Seax-Wica has a healthy long tradition, being originally founded in 1973 by Ray.

His primary concern was that to that date, Wicca was a religion which you required permission or another person to initiate you into. Raymond sought to fix this, hence why the books he published contained full information on how to practice magic in a solitary fashion.

Share
Previous Here Comes The Sun
Next Are Pets Ruining Your Relationship?